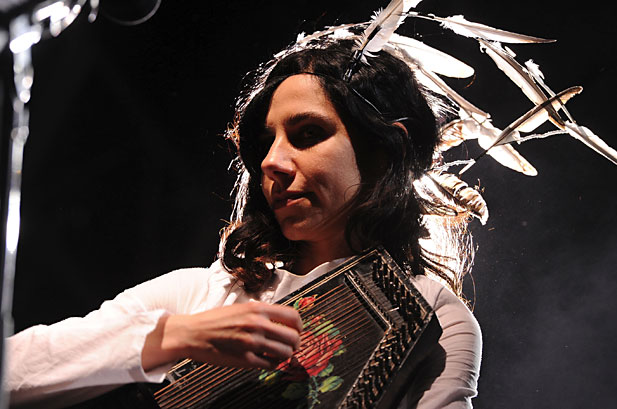 PJ Harvey is getting ready to record her follow-up to 2011’s Let England Shake. There’s a twist, however: It’s being recorded as part of an art installation in London’s Somerset House. The exhibition is called Recording In Progress, and it runs from January 16 to February 14, and it will take place in front of an audience. Visitors will be able to view the recording session through one-way glass. Harvey will be recording the album inside of a custom-built studio with producers John Parish and Flood, who previously worked with Harvey on past albums like 1995’s To Bring You My Love and 2007’s White Chalk.

“I want Recording in Progress to operate as if we’re an exhibition in a gallery,” Harvey says in an interview with The Independent. “I hope visitors will be able to experience the flow and energy of the recording process.”

Tickets to the exhibition are already sold out.