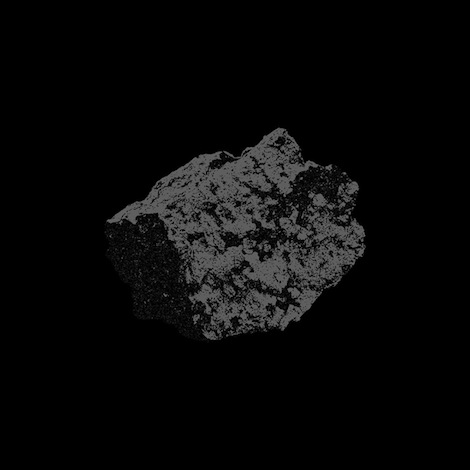 Caïna, the UK-based black metal project helmed by Andy Curtis-Brignell, can described in a number of different ways, given how much its sound has evolved over the years. It’s rooted in black metal, and has carried at least some element of its ferocious darkness with every permutation, though Caïna has never been particularly faithful to the sounds of church-burners past. At times, like on 2008’s Temporary Antennae, Caïna more closely resembled post-rock. And 2013’s Litanies of Abjection, Curtis-Brignell once again stepped away from tradition and delivered a dark ambient record. Go ahead and label Caïna with any of these tags, as you see fit, and while you’re at it, there are a few other adjectives you can throw his way.

For instance: Feminist. In an interview with Wondering Sound in December, Curtis-Brignell called out some of the most ludicrous sins of black metal, namely its look-at-how-scary-I-am “reject humanity” catchphrases and its tendencies toward sexism. And he doesn’t really seem to give a shit if anyone has a problem with his outlook: “We’re going to win, deal with it.” That Curtis-Brignell seems a little less defined by pretense than many of the genre’s more theatrical bands doesn’t necessarily directly feed into the sound of his music. But having an open mind in one’s world view can likewise translate into being less boxed in by stylistic constraints, and on Caïna’s new album, Setter of Unseen Snares, Curtis-Brignell returns to a classic black metal aesthetic while exploring even more distant terrain beyond its familiar homebase.

Much of Setter of Unseen Snares is remarkably accessible, not just by Curtis-Brignell’s standards, but of black metal in general. Its first proper track, “I Am the Flail of the Lord,” has the momentum and roar of a great metal track, but it’s unusually catchy. In fact, it almost doesn’t sound like black metal, pummeling with the urgency of hardcore, whereas the title track has more of a stock blend of blast beats and minor-key tremolo-picked riffs. But the more Curtis-Brignell pulls from punk and hardcore, the more interesting the results, like on “Applicant/Supplicant,” which rollicks and pummels with all the insistent thrust of crust punk. Curtis-Brignell zig-zags back and forth between a full-throated assault and one loaded with hooks, but the fusion of the two is what makes it so remarkable.

The real show-stopper here is “Orphan,” a 15-minute track that essentially comprises the entire second half of the album. And much like Caïna’s strongest work on past albums, it heavily delves into atmospheric territory, its droning opening section closer to the epic builds of Godspeed You! Black Emperor than any heathen hordes. But when it picks up, the track transforms into an epic rock ballad in which Curtis-Brignell trades his dark black metal hiss for a bellow much closer to that of Primordial’s Alan Averill. It’s powerful, emotional stuff, and more importantly, it’s not afraid to be. And ultimately that’s what sets Caïna apart from so many black metal bands content to simply toe the line: Humanity.