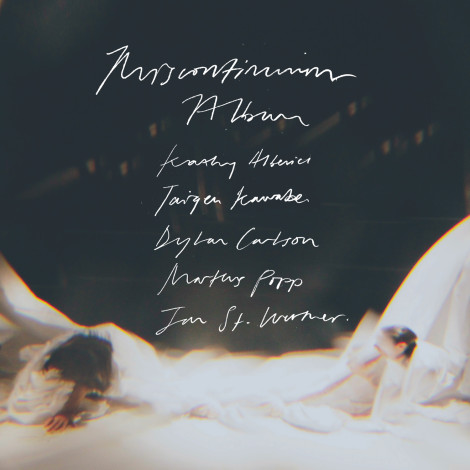 As half of German electronic duo Mouse on Mars, Jan St. Werner has built up a body of work that thrives on complexity and unpredictability. Though Mouse on Mars is actually pretty accessible as IDM goes, so much of what characterizes its sound is what doesn’t get repeated: The curious and alien transient sounds that enter the frame briefly, never to return in the same form. There’s a groove at the center of it, and a rhythm that keeps it grounded, but on top of that constant, almost anything goes. As a solo composer, he finds similar inspiration in those transient sounds, though they manifest in different ways, as displayed both dazzlingly and dizzyingly on Miscontinuum Album, the album adaptation of an experimental opera St. Werner wrote and recently staged. In sound and in texture, it’s easy to draw parallels between St. Werner’s ambitious experimental electronics and the more pop-informed work that comprises most of his catalog. In execution, this is something different entirely.

Conceptually, Miscontinuum Album is pretty dense to wrap one’s head around. At its simplest, it’s an opera about time and its ability to slip into non-linear constructs. “Time is a medium in which we actually need to be able to identify relationships in life or in our perception,” St. Werner told me recently in an interview. “If you see it that way, it’s like an ‘Aha!’ moment, and that ‘aha!’ moment is stretched out to a whole album.” It’s interesting that he would phrase it as an “aha!” moment, simply because the album is less about reaching any kind of climax, and more being wrapped up in extended moments and textures. It’s an ambient album when viewed a certain way, and yet — like Mouse on Mars — it involves heavy use of sonic interruptions and disembodied, traveling voices.

Voice plays a pretty huge role on Miscontinuum Album, and for the project, St. Werner enlisted a long list of musicians to lend their voices to this unconventional musical narrative. Kathy Alberici (Bocca al Luppo) and Taigen Kawabe (Bo Ningen) each contribute alternately beautiful and unsettling singing and screaming to the atmospheric, yet constantly unfolding compositions. And Earth’s Dylan Carlson narrates the libretti — written by St. Werner’s Microstoria collaborator, Markus Popp — which adds a human, more grounded element to what is an otherwise bizarre and disorienting series of events. Sometimes he merely comments on mundane activities around him; sometimes he hits upon something profound and devastating: “How useless is time when the beating pulse has ended? It is tragedy. It cuts to the heart. This loneliness after silence.”

At 76 minutes, Miscontinuum Album is fairly lengthy for an album, though fairly short for an opera. And it settles pretty comfortably into this in-between space, where experimental music flirts with pop, where time loses its hold on everything (three tracks are longer than 12 minutes apiece, and that’s generally where the most interesting stuff happens). And though the more serene moments are sometimes sliced by the sounds of some truly jarring shrieks, this isn’t all that inaccessible in spite of the complexity and juxtaposition. You don’t even really need to understand the concept to enjoy it. It helps, but it’s not necessary. Where Jan St. Werner excels is in providing a thrilling and consuming experience, regardless of context. The more you engage with it, the more you potentially get out of it. Then again, considering just how much is happening here, maybe all you really need to do is just sit back and let it do its thing.

Matmos – The Marriage of True Minds