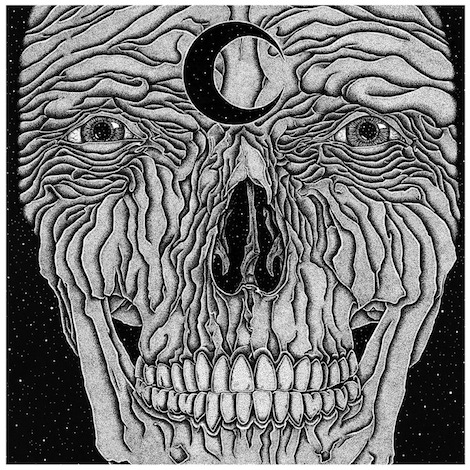 Call of the Void‘s debut album, 2013’s Dragged Down a Dead End Path, should serve as a template for up-and-coming hardcore troupes on how to leave an impact the first time around. Fresh off of a name change after two years as Ironhorse, the Boulder, Colorado bruisers emerged fully formed, belligerent and seething with 10 tracks that ran the gamut from loud and fast to loud, fast, mean and just fucking brutal. The band doesn’t do nuance — not really — takes on few stylistic detours, and gives off the general sense that they don’t speak with inside voices. They’re the kind of band you wouldn’t trust around your furniture at a house show, or around the cops when they eventually show up.

That sense of nihilism and danger is part of what makes Call of the Void so much fun. It sounds contradictory, but it isn’t; when the band’s beatdown riffs come crashing down, it’s a thrilling wreck, and a reminder of the kind of thrill that hardcore can provide when presented without dilution or hesitation. Call of the Void’s second album, Ageless, is nine minutes longer than its predecessor, but it might as well be 30. The sound of the band hasn’t changed all that much, but the scope seemingly has. This is a bigger, more ambitious album that broadens their horizons while continuing to surge at terminal velocity.

“Old Hate,” the first song on Ageless, is its longest track, and in some ways its most dramatic. Rather than smash the barriers, it comes oozing in like the most noxious of Southern sludge, discordant chords chugging along like a limping predator with blood dripping from its teeth. At 1:38, it transforms from a creep to a full-on sprint, trading sludge for a hyperactive grind that gets the album into high gear with nary a warning. From there, the album mostly showcases one violent tantrum after another, all of which present a slight variation on the band’s 500-horsepower assault. “The Sun Chaser” juxtaposes moody riffs with guttural power, and “R.I.S.” is all breakneck rhythms and fretwork. “I” and “II” break up the ferocity with some well-timed instrumental interludes, but they don’t last long. Once Call of the Void is ready to resume charging in high gear, there’s not much that can stop them.

Tags
Call of the Void

Call of the Void : Dragged Down a Dead End Path