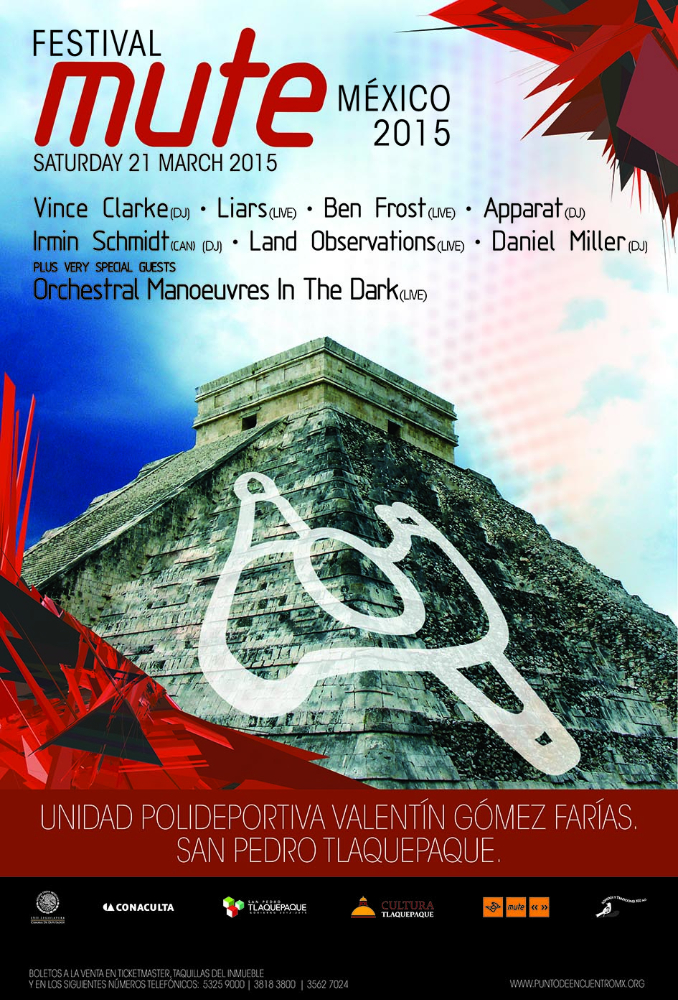 Mute Records has just announced that it will be hosting its own music festival in Mexico on March 21. It takes at Valentín Gómez Farías in Tlaquepaque, and features a number of Mute artists performing, either full sets or DJ sets.

Festival Mute Mexico is being headlined by Orchestral Manoeuvres in the Dark, and will also feature performances by Liars, Ben Frost, and Land Observations, plus DJ sets by Vince Clarke, Daniel Miller, Apparat and Can’s Irmin Schmidt.

Here’s the best part, though: The festival is absolutely free. Tickets must be reserved in advance, however, right here. Then the tricky part is just getting down to Mexico!

Per a press release, “The festival is part of the Dual Year UK – MX 2015, which will see British culture taking part in various festivals and cultural centres throughout Mexico, and Mexican events throughout the UK, as part of a yearlong celebration.”

It looks like the awesome festivals aren’t just happening in municipal parks anymore!