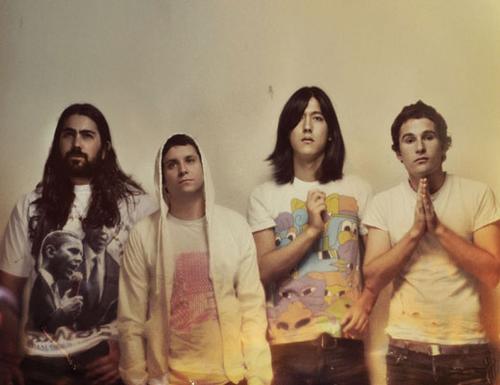 It’s been five years since HEALTH released their last album, Get Color (and four since their remix album, Disco2), so now seems like as good a time as any to have new music on the way from the California noise-rockers. The group is, indeed, working on a new album, and it will feature production from Bobby Krlic, a.k.a. The Haxan Cloak. Krlic made the announcement in an interview with The Quietus. He says in the piece, “I’ve been producing records for a couple of bands. I’ve been helping out HEALTH with their new record. HEALTH are massively underrated. I don’t know what people think of HEALTH but maybe they think they’re just trendy dudes just trying out noise music. I think they have the wrong kind of image for some people – it’s a clothing issue maybe. But if you see them live… they’re just a monstrously heavy and weird band and I think this new record is going to cement that for them even further.”

This wouldn’t be the first time that Krlic collaborated with a heavy, guitar-based band. Earlier this year, he released his collaboration with sludge duo The Body, I Shall Die Here. And his 2013 album Excavation still haunts us more than a year later.