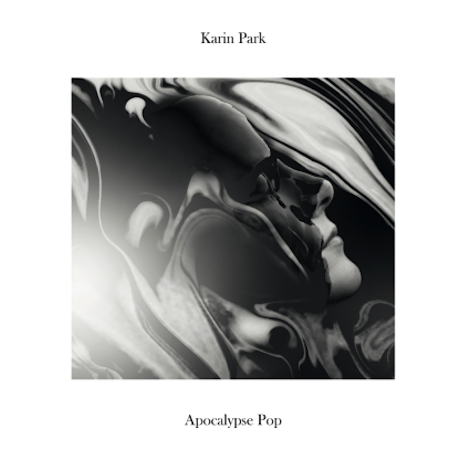 Karin Park already boasts two Grammys in Norway, and the six-foot-three fashion model now has five albums under her belt as well. She clearly knows her way around a pop song, which in the case of new album Apocalypse Pop—aside from perhaps Lorde—has little in common with the mostly empty calories of today’s Top 40. The pop here takes you back to Bjork in the ’90s, where the driving EBM that propels her music with often rough and tumble beats pumping against her vocals. The only other common ground she might find with her American peers is use of lyrical phrasing, riding a line between singing and rapping. Her lyrics are where the bulk of her genius lies, happily airing on her dysfunctional relationships with a smooth darkness.

The tasteful use of effects on this album milks the most out of her voice and the tracks behind those vocal layers without smoke and mirrors. The thick grooves  bring on a compulsion to dance. The bubbling gloom coating to “Opium” doesn’t elevate above what could be a Massive Attack B-side. Though it works on almost a power ballad formula, her songwriting chops show their maturity on “Human Beings” by taking the expand/retract dynamic and fine tuning it. But it’s the sublime “Daemons” that might be the album’s best song; while Park isn’t Kate Bush, she uses the talent she has impressively—on most songs each note is perfectly placed.

The album is perfect from a production standpoint; everything is expansive when it needs to be. The sing-songy “Hard Liquor Man” has almost a hip-hop quality to it, but the bulk of this album is closer to trip-hop if we are going to really count genre straws. The surreal simmer to “Walls are Gonna Fall” has a stoned pulse to it that contrasts the harder shove of “Shake With the Devil.” “Hurricane” teams Park with Pandora Drive, and she layers her vocals to achieve a surreal Fever Ray vibe. The lyrics might be the album’s strongest point, with their endearing honesty in the face of her failures at love.  But even if you took that aspect away from it, this album would still be a soundtrack meant for being played at high speeds on dark roads.