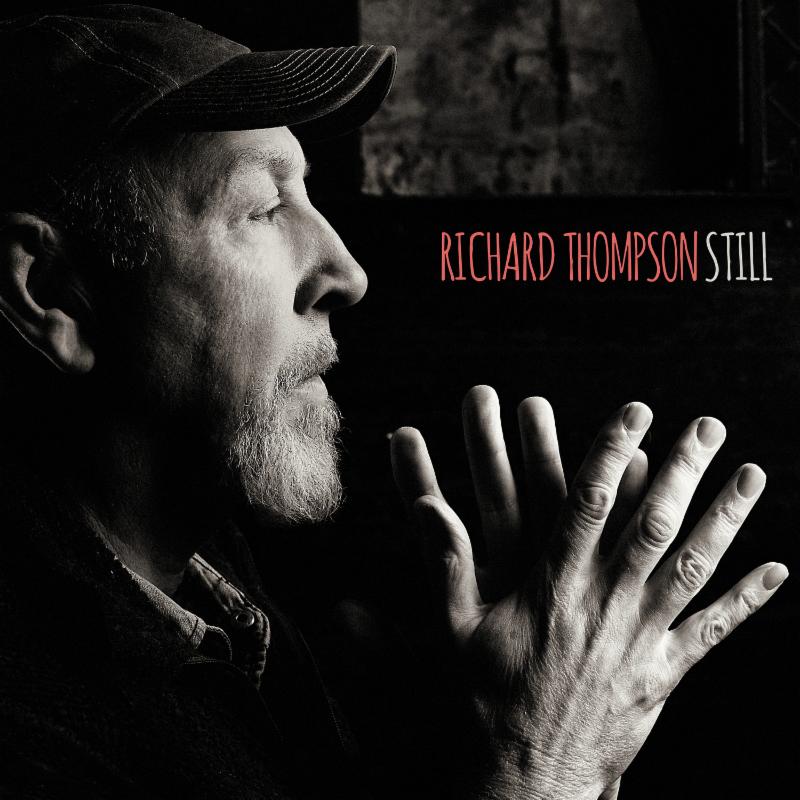 Reviewing a Richard Thompson solo album is like explaining a scientific principle: It’s an unwavering, unquestionable fact that people are better off knowing than not. There aren’t any bad Richard Thompson albums. There aren’t even ones that straddle the medium of mediocrity. You’re going to hear great, economical songwriting, guitar solos that flow with challenge and lyricism, and singing that represents the heart of every song accurately and stirringly. It’s just a matter of which Thompson album hits all your personal sweet spots in each and every song. For me that’s either Rumor and Sigh or Mock Tudor. For others it might be Amnesia or Across a Crowded Room. Even Thompson’s intellectual concept-slash-joke efforts like 1000 Years of Popular Music edify the listener beyond measure. Such consistency is almost disturbing, or would be if it were coming from a quiet man who’s worked the same job at an ice cream counter for 50 years without getting a single promotion. But coming from Thompson, it’s been almost 50 years of head-shaking certainty and dependability.

For his 16th solo jaunt Thompson went a little outside his comfort zone. That’s what the one-sheet says, but I can’t tell. Still was recorded in Chicago at the funhouse loft of Wilco with production by Jeff Tweedy, whose faculties with such have been brought to the fore with his exemplary work with Mavis Staples and Low. Tweedy’s actual touches are slight; you get the sense he’s brought aboard these projects for his understanding of traditionalism and how to fold it into a modern mix (importantly, not the other way around). Still recalls Thompson’s most successful works with producer Mitchell Froom, with extraneous sonic edges sanded off so you can hear Thompson’s arsenal upfront.

Thompson’s songs start in familiar settings but always excise something from the situations other writers either overlook or resist. “She Never Could Resist a Winding Road” burnishes a mournful tempo that treats its wayfaring object with remorse and longing—but never judgment: “It’s not that she don’t care about you/Say you love her, she don’t doubt you/But she can learn to live without you/When she hears the call.” Thompson’s bread-and-butter songs about singular moments move along with pulse and cleverness. “Patty Don’t You Put Me Down” tackles a rootless sexual affair in which one partner’s starting to want something more—he says it’s the girl, but really it’s not truly clear which one. “All Buttoned Up” mixes ribald English balladry with down-home country-rock in a tale about impatient hormones versus prudence (“Crosses her arms – to hide all her charms/Like she’s living in a nunnery”). “Long John Silver” and “Where’s Your Heart” take their very basic characters—a shyster and an enigma—and use recognizable colors to shade them.

The sitting room dramas of Still’s first half are just as important for what Thompson omits as what he includes, and when his narrator chooses to interact with the objects of his portraits there’s a chilling tension. “Josephine” sketches a woman caught between romantic promise and fear: “One scent of blood and he might disappear.” The petite malaise of “Broken Doll” has a shut-in approaching the arrival of a suitor whose neutrality is heartbreaking (“You called for me so here I am”). He understands at least the cause of her surface wounds but has figured he’s not set up to do the whole job; beneath the sad foreplay Tweedy inserts just the slightest tinge of nickelodeon horror keyboards.

The two best songs on Still are near the end. The angered soldier of “No Peace, No End” focuses his indignation on the architects who have programmed his troubles from an anonymous distance. “Where were you when the hounds of hell took sisters and lovers away?” Thompson sings before he demands in full on-shout, “Stand in my shoes!” “Dungeons for Eyes” presents the uncomfortable situation of not knowing what to feel when one meets a murderer in more polite company. Thompson doesn’t specify his crimes, but it could be the target of “No Peace, No End” in person. His description says more than any protest sign ever could: “He’s got that smell/The musty old smell of a priest/The damp and mold of neglect/The smell of fresh earth dug over.” This is a realm in which a lot of songwriters don’t trust themselves, yet Thompson’s portrayals seem so easily built.

If there’s one false note on Still it’s the 7-minute closer “Guitar Heroes,” in which Thompson works in miniature recreations of his favorite pieces from Django Reinhardt, Les Paul, Chuck Berry and others. It’s a loving tribute and cleverly arranged, but to be frank its most obvious flaw is Thompson’s modest self-effacement (“I still don’t know how my heroes did it”). Even that discord is fully of my own imagination, because I personally think Richard Thompson’s the greatest guitarist alive and has been for several decades.

That’s the whole thing about reviewing Richard Thompson albums: Since he still remains a blip on mainstream’s sonar, you’re better off evangelizing about his entire career—which Tweedy, in his restrained way, does on Still. It’s a satisfying album that’s a playbook for great songwriting, the art of space, expert improvisation and frills-free execution. Which means it’s simply another Richard Thompson album, and that taking on this review assignment kind of feels like cheating. I’ll meet you later in the commissary.