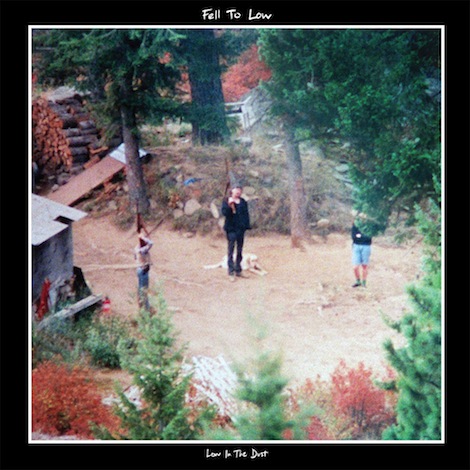 Noise rock and post-hardcore have undergone a significant evolution since the 1990s, but the most significant change is that both subgenres have steered course toward the booming and burly aesthetics of metal. This isn’t all that surprising, given the history; at the time, bands like Quicksand and Helmet were often labeled “alt-metal” for lack of anything better to dub these abrasive, heavy, yet still modern-rock friendly outfits. And today, bands like KEN Mode, Kowloon Walled City and Empty Flowers are merely taking that approach just a bit deeper into sludgy waters, maintaining a reverence for dissonant textures and churning rhythms, yet bolstering them with an added boost of muscle.

Ojai, California’s Fell to Low occupy the liminal space between metal and post-hardcore, their harshly melodic riffs leaning toward the latter while their awe-inspiring heft and menacing screams push them closer to the former. Yet what keeps them from ever truly being a metal band is their preference for texture over power. Indeed, their songs more than slay when it comes to going for the viscera, but not all of their avenues lead so directly toward the gut. On “Galore,” the leadoff track to new album Low in the Dust, a single guitar chord rings out for a good 40 seconds or so without much else happening, the constant drone not unlike that of the feedback hum that begins Unwound’s final album, Leaves Turn Inside You.

When it comes to breaking that tension, however, Fell to Low dutifully destroy. When “Galore” finally breaks, it erupts into a beastly, bellowing thing, like an outtake from Nirvana’s In Utero played by Botch. There’s a much more direct approach to “Urizen,” a careening and complex slab of punk rock that has roots in Drive Like Jehu’s wheel of time signatures. It’s always turning and twisting, tires screeching, never letting off the acceleration as it heads in any given direction. And that makes it a lot of fun, if a lot to process in less than three minutes. Yet the dense layers of guitars on “Mapmaker” place it as the strongest point on the album’s first half, favoring a subtler approach to melody, if not a quieter one.

The second half of Low in the Dust—which, duration-wise, is really more like two thirds of it—comprises the band’s longest songs, which range between nine and 13 minutes apiece. And truly, here’s where the band’s strengths shine through, building up a jaw-dropping dynamic on the death waltz of “Boundary,” or the epic stomp and screech of “Saturn.” Yet the longer the band’s songs run, the more their ’90s-era inspiration seems to most directly come into focus, and less that of their more metal-leaning tendencies. Not that the distinction is all that important—a bruise by any other name would smart just as much.