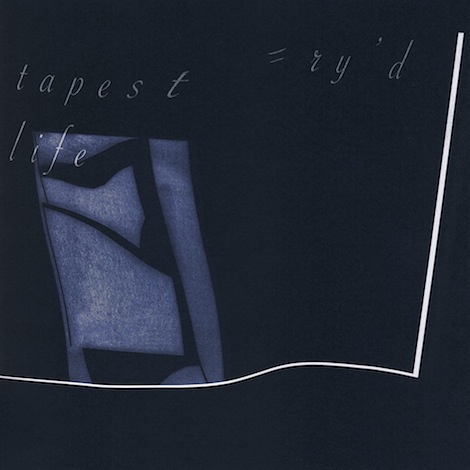 What links Moorpark, California math-emo outfit Pretend and the Californian/British so-called supergroup *shels? More than you’d think. Both bands favor the long game, their shared signature being albums that you don’t listen to as much as live in. Had they existed back when CDs were the audio format du jour, they’d have been camped out in double album territory. Their compositions are highly intricate, with Pretend taking their cues from vocal-led post-rock acts; *shels, meanwhile, let their instruments do the talking, with vocal input kept to a minimum. The closest link, however, is that Pretend’s exemplary debut album, Bones in the Soil, Rust in the Oil, was released on the latter’s label, shelsmusic, back in 2009, on a small run. The slow-burning word of mouth over the next five years led to them being picked up by Topshelf Records, on whose roster they fit perfectly; said roster includes the likes of Enemies, toe., The Jazz June, Prawn, Braid and LITE, which is to say that any band operating under the wide umbrella of post-rock could do a hell of a lot worse than sign with them.

Pretend hadn’t been all that active in those intervening years, so you could be forgiven for thinking they’d disappeared. They’re not focused on much outside of writing and playing music, it seems; the four members—Joel (Morgan; drums), Luke (Palascak; guitar, vocals), Tim (Ramirez, guitar) and Mike (Russell, bass)—use only their first names except when necessary, have an archaic-looking official site and most likely maintain a Facebook page more out of courtesy than anything else. This hyper-focused approach isn’t hard to notice, of course—when you’re in the studio putting together a complex-yet-melodic record that stretches to 79 minutes in length, you probably don’t have much time for much else.

Their perfectionist attitude makes it clear that Tapestry’d Life is a labour of love, perhaps even more so than its predecessor. Palascak’s vocals have taken on a dreamy, distant, almost detached sort of tone, like he is present as a vocalist and simultaneously not there at all; much more noticeable as a guitarist, particularly in his interplay with Ramirez. In stark contrast to him, Joel Morgan is everywhere at once, an engaging enough drummer that one barely notices the music he’s written parts for is rarely in a straightforward time signature. Morgan and Russell, as the rhythm section, serve as the driving force of the record, the music built around them as it occupies a weird space between energy and tranquility; songs are composed of movements rather than built around traditional structures.

The album avoids becoming sedentary or overly busy, setting up camp in between the two extremes, weaving in and out of moments of reflection and heightened tension. It offers listeners opportunities to hear Pretend at full intensity and stripped down to their purest elements, sometimes within the space of a few bars. There are—and this is a conservative estimate—about 25 different songs hinted at over the course of the 10 tracks that make up Tapestry’d Life; the title’s taken from one of those tracks, but says quite a lot about the makeup of the record itself. Though these compositions are given titles (sometimes arbitrary, sometimes not), the ideal way to approach the record is to give yourself to it for the guts of an hour and 20 minutes and let it all wash over you. Some parts will stick, and inevitably, some won’t; but this record is a journey that will take you to some surprising places if you allow it, and you’ll be privy to some breathtaking moments of beauty along the way.