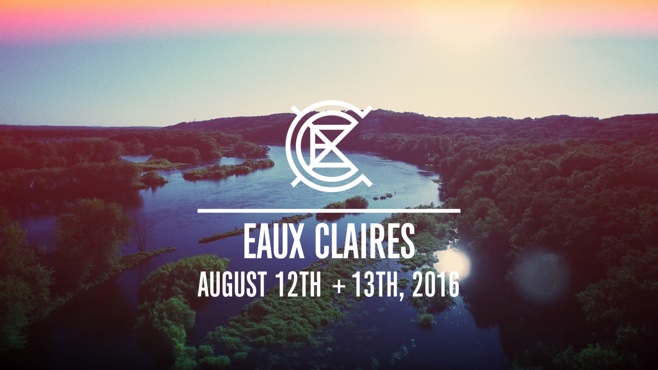 Eaux Claires, the music festival curated by Bon Iver’s Justin Vernon and The National’s Bryce Dessner, has just announced its 2016 lineup. This year’s lineup includes some special performances, including Day of the Dead, which is “an all-star cast of musicians” playing Grateful Dead songs, plus Bruce Hornsby (the proto-Bon Iver) performing The Way It Is, and Cornelius performing his 1998 album Fantasma. Other artists on the Eaux Claires 2016 lineup include Bon Iver, Beach House, Deafheaven, James Blake, Melvins, Shabazz Palaces, Vince Staples, My Brightest Diamond, Erykah Badu, Phosphorescent, S. Carey, Jon Hopkins, William Tyler, Unknown Mortal Orchestra, Mavis Staples, Jenny Lewis, Buke and Gase and more. See the full lineup on the flyer below and at the festival website. More announcements will be revealed in the coming months. 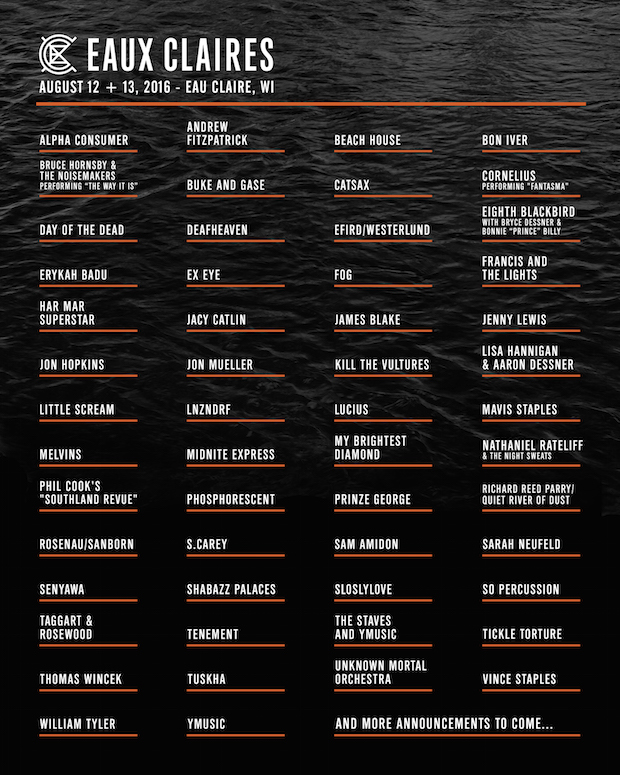