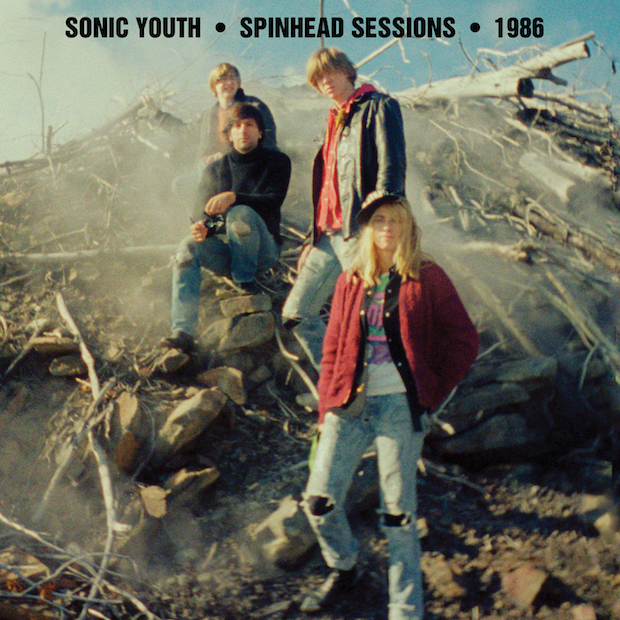 On June 17, Sonic Youth will release a new compilation of unreleased archival rehearsal sessions, titled Spinhead Sessions, via their own Goofin’ Records imprint. That’s the compilation album’s cover artwork above. The sessions are culled from a period in 1986 during which the band worked on the soundtrack to the 1987 Ken Friedman film Made in U.S.A. The title comes from the studio where the sessions were recorded, Spinhead. Sonic Youth have also released a track from the album, “Theme With Noise” (via Brooklyn Vegan), which you can stream below. Check out the tracklist below, while you’re at it.

Sonic Youth’s Dirty is on our list of 10 Essential Albums produced by Butch Vig.