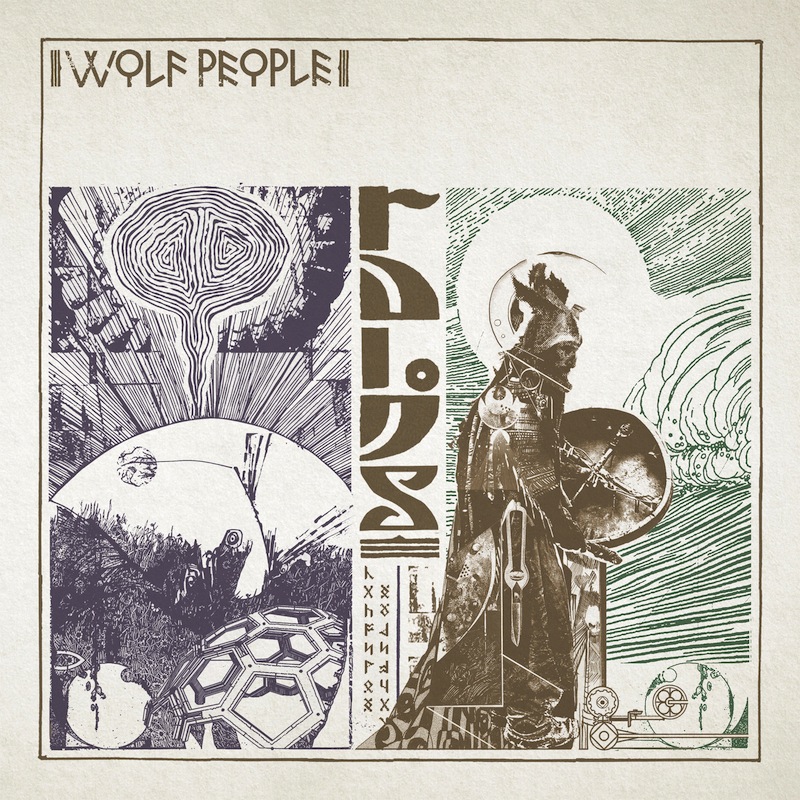 Wolf People’s latest release is an act of defiance; a statement spawned from the woodworks of the UK, transcribing the age of sensibility through a modern spectrum, one drum fill at a time. The band is able to hitch an appreciation of the past with the accessibility of the present, citing modern technology as an investigative advantage into the cultural history of music. As the group mentions themselves, they’ve been able to “cross-pollinate” former times with present-day ideals, applying their rock amalgamation of hard, psychedelic, and folk ethics to the current state of disarray in the less-than-united UK.

With each member carrying influence from their non-communal setting, Ruins is a pool of resources occupied to the brim. As drummer Tom Watt’s percussive breaks hammer with the certainty and self-assurance of You’re Living All Over Me-era Dinosaur Jr., the binaural guitars of Joe Hollick and frontman Jack Sharp reverberate through a Television-evoking, fuzz coated prog-rock discipline. Ruins also maintains Wolf People’s proto-metal appeal found on the band’s previous efforts, utilizing a subtly medieval aesthetic amid the boot-pounding influence of both Led Zeppelin and Black Sabbath combined with the undervalued ambition of Iron Claw (cue a shrewd flute placement at the end of “Rhine Sagas”). Contemporaries certainly include both Black Mountain and Tame Impala, yet Wolf People’s sound is less focused on sonically textural components and more on the group’s coordinated musicianship.

At times, Wolf People’s prog-psych ethics may seem less calculated than they appear on the surface level of listening. While some tracks like “Rhine Sagas” and “Kingfisher” provide what sound like concrete, full-fledged ideas for Ruins, other tracks feel mildly ad-lib and hastily recorded. For example, the guitar solos on “Belong” and “Salts Mill” seem to meander with little compositional target, making some of the frequently spotlighted guitar movements feel like the band blindly grasping to unify upon the song’s conclusion. These solos feel more like preliminary ideas for the theatrical nucleus of tracks, as if each guitarist were filling a measure for the sake of eliminating sonic space, anxiously improvising amongst fleeting eye-contact in anticipation of the song’s final segment.

The most affecting moments of Ruins are found within specific tracks’ charm upon first listen. Both “Night Witch” and “Thistles” boast said trait, each sure to snap listeners to attention via untamed drum fills and six string psychedelia. The latter’s appeal specifically radiates at the album’s halfway point, as “Thistles” contains an instrumental choral reprise easily readymade for future hummability. “Kingfisher” is the release’s thematic epic, as both instrumental variations intensify Ruins with an intrinsic quality compelling enough to enhance the album’s aura.

A fabled mystery surrounds Wolf People’s latest release. The band argues for the endurance of nature and it’s indisputable supremacy over Earth. A personification of these ideas can be easily found within the face of a green man. It’s said that these mythological humanoids are birthed by nature, symbolically depicting man and nature’s symbiosis and rebirth. Within Ruins’ context, as well as in all creative pursuits, is an artistic pinpoint of time, serving as a cultural backdrop set against the morbid reality of history. Yet what lies within these seemingly dismal circumstances is an unwavering glow of hope. The glow is a faint, yet pleasant reminder of what is, what once was, what will be, and what too, shall pass. 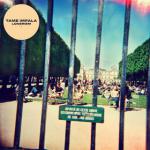 Message to the World: An interview with Circuit des Yeux