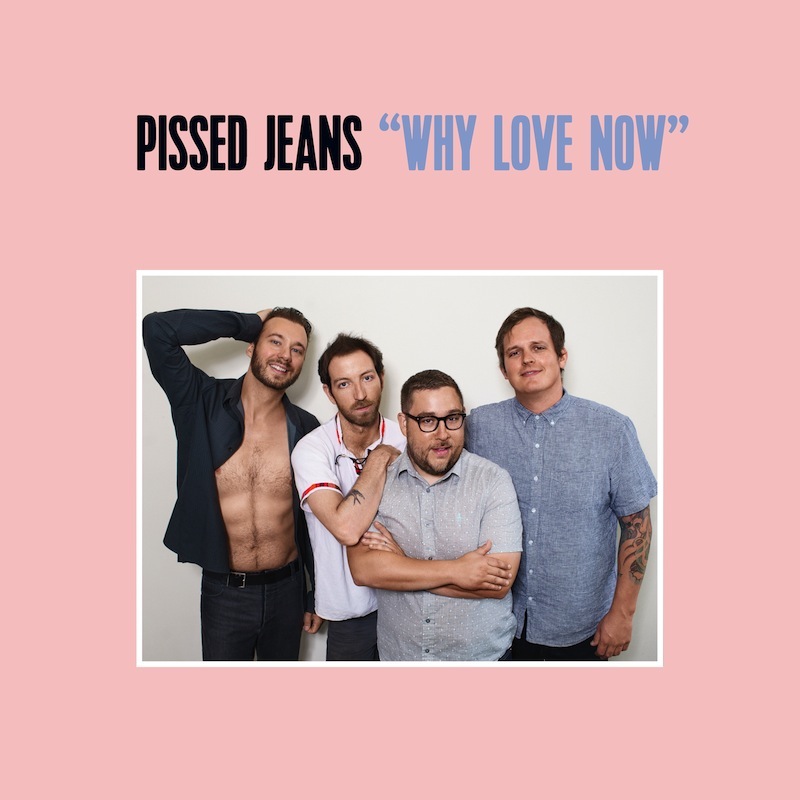 Somewhere in the past decade, some time after building up a painful and confrontational sound, Pissed Jeans got fun. If you’re the type that likes frequently slow, painful and sludgy noise rock, then they were probably already your kind of fun, but in the meantime they found a new challenge in accessible melodies and had some fun with hilariously bizarre music videos along the way. With the release of 2013’s Honeys, Pissed Jeans had completed a transformation of sorts, from noise rock provocateurs to a punk band with their own canon of live hits. Still loud, still abrasive, though a bit less painful, Pissed Jeans had let go of some of their most willfully difficult elements in favor of simply rocking out.

“Waiting on My Horrible Warning,” the leadoff track on the band’s new album Why Love Now, takes a step back from that new norm to remind listeners of the murky and unforgiving muck from which the band crawled. It’s sluggish and uncomfortable, practically a Harvey Milk song, its churn drawn out and sustained as the band take their time to resolve a single riff. Vocalist Matt Korvette, for his part, bellows with even more throaty bark than usual, his wails sounding more like those of a patient fighting off a virulent stomach infection than a punk singer. The agony, it seems, is real; “I used to play punk, now I’m just singing the blues,” Korvette sings. “Just waiting on my headache that never goes away.”

That horrible warning might be just that, but it’s not wholly a promise on Pissed Jeans’ part. Why Love Now might very well start with one of their least approachable songs, but it also harbors their catchiest to date, “Love Without Emotion.” Driven by a darkly immediate arpeggio riff, “Love Without Emotion” presents Pissed Jeans not as noise-rock bruisers but a post-punk band with an excess of muscle and aggression. It’s an outstanding track, not necessarily the thing that would break them into a mainstream audience, but definitely the closest thing to proof that it’s within their capabilities.

“Love Without Emotion” and “Horrible Warning” are, essentially, presented as two opposing poles in which the rest of the album’s tracks may roam. Suffice it to say Why Love Now is the band’s most diverse album to date, featuring the broadest spectrum along which their music has sprawled, as well as some of their weirdest moments. When the goal is simply rocking out, they do so brilliantly, cranking out a groove-laden Shellac boogie on “The Bar Is Low” and punching their way through the high-velocity cannonball of “Cold Whip Cream.” There’s also an experimental spoken-word satire bit called “I’m a Man,” which finds the band taking aim at patriarchal workplace sexual fantasies. It’s an absurdist exercise, certainly, rife with lines such as, “Get me a coffee and dip your undies in it because I like my coffee with a nip of cream,” but as strange as it is in context, it’s encouraging to see a band of punk misanthropes take as much pleasure in taking the piss out of toxic masculinity as they do in noise and nihilism. Korvette also explores bizarre fetishism in “Have You Ever Been Furniture?” and “Ignorecam,” driving the point home that Why Love Now is perhaps the least sexy album about sex. At least until you get to the slinky strip-club muck of “Activia.”

Pissed Jeans are certainly still having fun on Why Love Now, in their own gnarly way. Their most immediate moments reveal an even more sophisticated approach to songwriting. Their least, however, are as brutal and confrontational as they’ve ever sounded, a reminder as much to their listeners as to themselves that they can still deliver gut-wrenching masochism at ungodly decibels. By virtue of being willfully difficult and rocking out, Why Love Now ends up being like a collection of Pissed Jeans’ greatest hits. 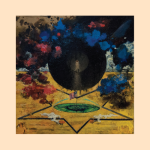 Big Ups – Before a Million Universes