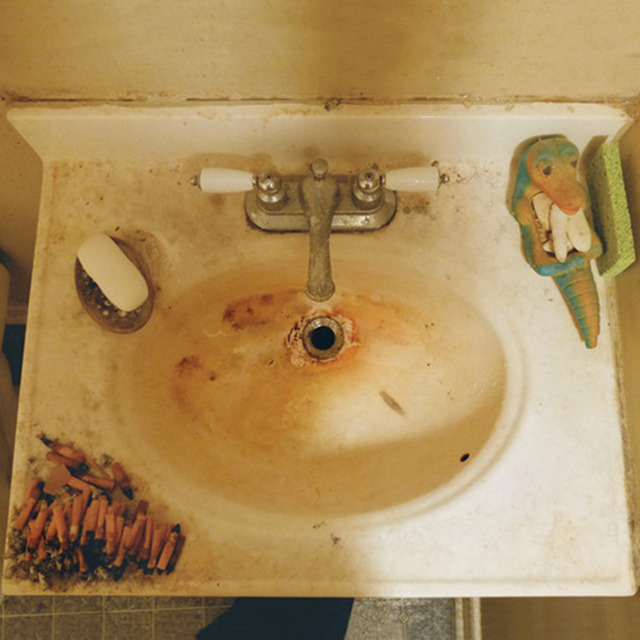 Athens, Ga. noise-rock misanthropes Harvey Milk never broke up — or even really went on a planned hiatus, as bassist Stephen Tanner says in a recent Noisey interview — but they certainly left everything hanging on as bleak a note as possible. The last album the band released before going quiet for a while, 2010’s A Small Turn of Human Kindness, is a masterpiece of ominous darkness, following the narrative of a couple whose relationship is slowly and painfully withering, and eventually ends in suicide. It’s not for the weak of constitution; it’s not social music, and the last thing you’d want to hear when at your lowest, but it’s also beautiful in its own horribly fucked-up way. Part of that is thanks to Tanner, whose guitars never sound anything less than tortured or churning, or moving at a pace that outruns Chinese molasses torture.

Four years after the release of that nightmarish wonder, Tanner has released his own solo effort under the name Music Blues, and it’s not at all brighter or more optimistic than the last album he recorded with his proper band. It’s called Things Haven’t Gone Well, so that’s one clue as to just where Music Blues fits next to the Harvey Milk ouevre, which is to say — comfortably. It’s a collection of low-end-heavy riffs and throbs, churning and roaring and slowly unfurling like a noxious sheet of magma blanketing a condemned city. It has song titles like “Failure” and “Death March” and “Hopelessness and Worthlessness.” It’ll probably make a bad day much worse.

All of this is to say that Things Haven’t Gone Well, one of a recent list of albums that have bolstered Thrill Jockey‘s heavy music cred, is a fine addition to Tanner’s discography with Harvey Milk. While the absence of Creston Spiers’ pained bellows do leave more space, and the sense that it doesn’t always sound like a fully finished work, even as small-scale meditations, it’s an impressive piece of music. There are definite highlights, like the gorgeously melodic “Tremendous Misery Sets In,” or the machine-gun percussion and soaring layers of “The Price Is Wrong,” but by and large, it’s not about the individual songs as it is mood or texture — the mood being hopeless, and the textures being noxious and encased in filth. It’s almost comforting, in a way.