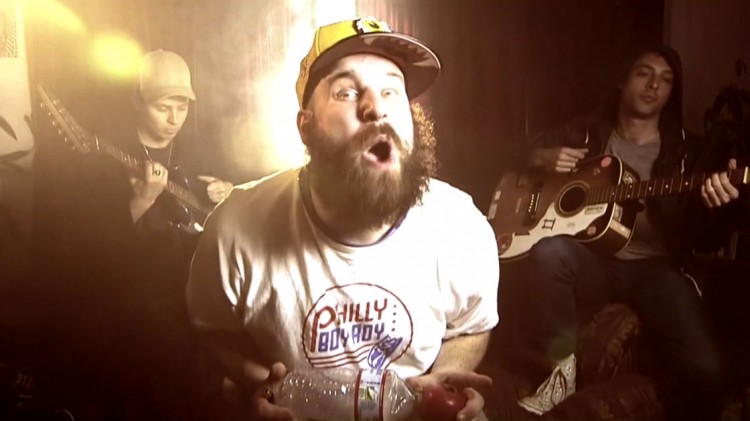 Just when you thought Toronto politics couldn’t get any wackier! For the last year, we’ve all watched in amazement as Toronto Mayor Rob Ford became a truly bizarre media sensation, dodging accusations of smoking crack and cunnilingal infidelity. But now, the city is getting the punks involved in their politics, perhaps in an effort to steer things back in the right direction.

Stereogum reports that Fucked Up frontman Damian Abraham will be moderating a debate between candidates who are running for the office of mayor in Toronto on Sept. 29. Rob Ford has been invited, but has not been confirmed as attending the debate. However, Stereogum notes that Abraham — an outspoken fan of pro wrestling — has been studying tapes of Ric Flair in order to prepare for the event. No matter what happens — and we really hope that Rob Ford shows up to this thing — it’s going to be a hell of an event to watch. Oh, and you can do that at Now Toronto, which will be live streaming the debate.

We have our own debates involving Fucked Up, but they go a little more like: The Chemistry of Common Life or David Comes to Life? I suppose we’ll need to hear the pro-con arguments. Or just listen to them back to back and rock out. That works too.