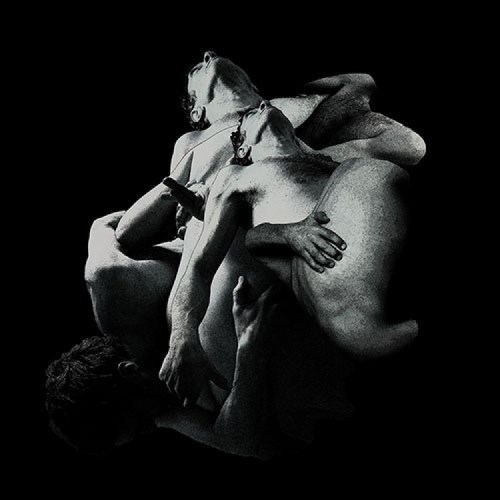 Industrial music has enjoyed a renewed renaissance in the UK, but it’s a distinctly different incarnation than that which came before. It’s not free-form and openly confrontational like the performance-art sounds of Throbbing Gristle, nor interchangeable with goth-rock, as it was with ’80s-era groups like Nitzer Ebb. It’s something much more mysterious and seductive, living and breathing in the darkest corners of the dancefloor. Thanks to labels like Tri Angle and Modern Love, industrial and club-friendly styles like dub, house and trip-hop have given birth to a mutant baby of sorts — one that’s considerably sexier, if seemingly prone to danger. It’s in the shadowy throbs of Andy Stott and the haunted buzz of The Haxan Cloak. And it’s most certainly writhing its way through the nasty grooves of Seb Gainsborough, better known to listeners as Vessel.

Vessel made an auspicious introduction in 2011 with the aptly titled Order of Noise, an album of alternately chaotic and sensual sounds that provided an intriguing first step into this brilliant weirdo’s world. Its follow-up, the titillatingly named Punish, Honey, dives even deeper into Gainsborough’s intoxicating blend of menace and provocative arousal. In fact, it’s the arousal part that seems more explicitly stated this time around — there is a track titled “Red Sex,” something vaguely erotic is happening on its cover, and though it’s still a highly abrasive affair, it’s not off-puttingly so. At least not once you get into the fleshy center; intro track “Febrile” is an escalating clatter of percussion and rising synth frequency that’s at once violent and orgasmic. It’s certainly a climactic introduction, but things don’t truly get interesting until the wobbly melody of “Red Sex,” the gothic etherealism of “Drowned in Water and Light,” or the booming sewer-pipe symphony of “Euoi.”

The most powerful piece here is the seven-minute centerpiece, “Anima,” which sidesteps some of the more intense percussive exercises for a psychedelic pulse. It bears some sharp teeth beneath its sexy facade, but never truly gnashes or tears with them, instead allowing the bell-like melodic effects to soothe while its buzzing bassline raises the listener’s heart rate. It’s a subtle standout amid some of the more jarring exercises, like the discordant dub of “Black Leaves and Fallen Branches.” Yet even at his most difficult, Gainsborough has a way of making his blend of dark, unsettling elements feel at least accessible, if not comfortable. Whether or not it’s industrial as its iconoclastic forefathers had intended, Punish, Honey upholds its legacy by pushing it into danceably creepy new directions.