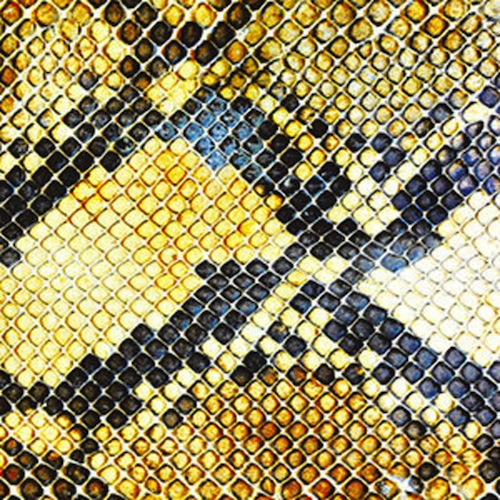 Dale Barclay, frontman for Glasgow-based trio The Amazing Snakeheads, has an intimidatingly fierce bark. From the moment he opens his mouth on “I’m a Vampire,” the leadoff track on the band’s Domino-released debut Amphetamine Ballads, he’s snarling and seething, unleashing one menacing screech of an opening line: “I’ve got a feeling in my bones like no feeling I’ve had before!” He comes across like Screamin’ Jay Hawkins with a Scottish burr, or Nick Cave in any of The Birthday Party’s most unhinged frenzies. Sure, it’s a little on the nose with a song called “I’m a Vampire,” but Barclay actually sounds bloodthirsty, and when he sneers a line like, “She’s more beautiful than any women I’ve met/ And she fucking knows it!“, it’s not admiration or bitterness that he expresses so much as an obsession on the verge of visceral danger.

Don’t be fooled by the title; very few tracks on Amphetamine Ballads are actual ballads. It’s a stylization — a throwback to an age when artists like Johnny Cash would release albums with names like Ballads of the Old West. And, indeed, there’s a streak of Americana running through this Scottish outfit’s aesthetic. But it’s more of a punk-informed Americana, a la The Gun Club or 16 Horsepower. The Amazing Snakeheads wield a gloriously abrasive twang, and a terrifying, bluesy sensibility. But when the tempo drops, or the volume knob rotates a little to the left, it’s only a temporary condition. At some point, very soon, the amplifiers are going to explode, and Barclay’s going to let out another blood-curdling scream.

The intensity of The Amazing Snakeheads’ songs is equally matched by their accessibility. They’re a post-punk band at heart, and the darkness of their skronky blues style occasionally harkens back to the grayish tones of early ’80s Manchester, as they do in the incredible “Flatlining,” which pairs a Joy Division-style bassline with saxophones and primal screams. They echo shades of The Cramps in the burlesque shimmy of “Where Is My Knife.” And the incandescent electric jangle of “Here It Comes Again” juxtapose a Badalamenti cool against a pulsing Motorik beat — it’s eerie as fuck, and you can dance to it.

As impressive as the band’s songwriting is, these ten tracks wouldn’t have nearly the same potency without the level of physicality and performance that the band puts into them. You get the sense that The Amazing Snakeheads leave nothing behind, leaping headfirst into these visceral, virulent works of rustic punk with reckless abandon. They’re songs that you can feel as much as hear, and if that feeling just happens to be a primal sense of terror — well, then The Amazing Snakeheads have succeeded.