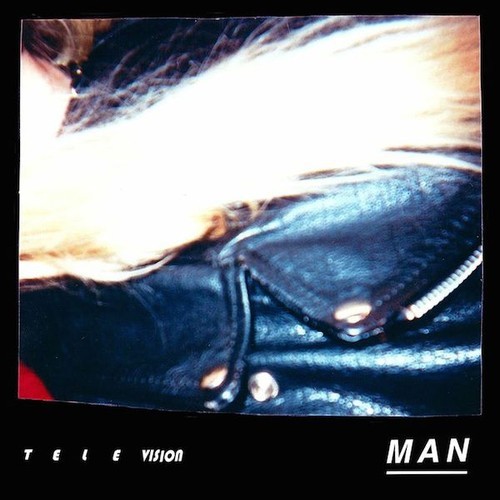 For a band with “punk” in their name, Naomi Punk don’t move particularly fast. The Seattle-based outfit displayed a curious blend of no wave, slowcore and grunge sounds on their debut album, The Feeling. And sure, taken together, the noisy and arty sensibilities that the group combines might lead one to settle on punk as a compromise. After all, this is dissonant and abrasive music made by young people with guitars. That’s what punk more or less is, isn’t it?

On their second album Television Man — where no song bears any similarity to the Talking Heads track that bears the same title — there’s plenty of fuzz and reverb to go around. And that’s not just the guitars we’re talking about here; the group’s vocals are plenty obscured as well, to the point that even when the trio is harmonizing at their most beautifully, as on the title track, the words are mostly unintelligible. That’s OK, though — abstraction is sort of Naomi Punk’s thing, and they wear it better than most, shuffling through Television Man with off-kilter rhythms, stark melodies and unexpected bursts of unshakable hooks.

Opening track “Firehose Face” almost wants to be surf-rock — its reverb-laden tremolo riffs crash like lazy waves along a chilly coastline, but they never seem to erupt into anything more colossal, locking into their jerky rhythms without ever showing much concern of sounding too tight or polished. A washer could slide off, a bolt could drop to the floor, and the entire mechanism could just fall apart at any moment — or at least that’s what Naomi Punk’s shaky fuzz would lead you to believe. Their riffs are a bit more complicated on “Song Factory,” their melodies more immediate on “Eleven Inches,” and their throbs more relentless on “Eons of Pain.”

On Television Man, Naomi Punk often put themselves in the position of making things more difficult for the listener, just when their weird yet intriguing sound starts to make sense. The trio makes a lot of noise and engages in some fascinating rhythmic exercises, and not always at the same time. These aren’t songs you dance to easily, but there’s something raw and visceral about them, even in their constantly changing, cerebral approach. Tucked away at the end of the album is “Rodeo Trash Pit,” perhaps the most accessible piece of music on the whole collection. It almost feels like a reward for sticking around through the most bizarre parts of the album. You made the journey — now rock the fuck out.