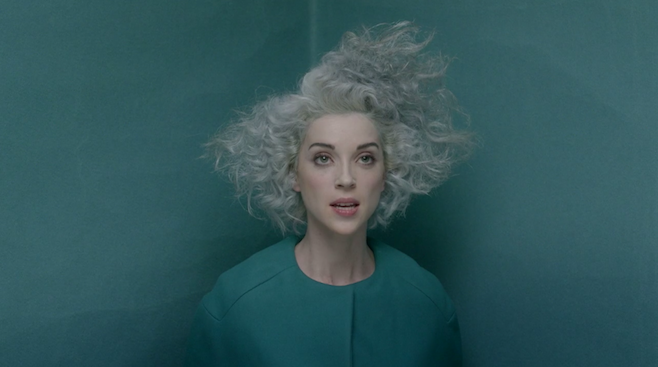 Entertainment Weekly reports that Fred Armisen is temporarily taking leave of his position as bandleader for Late Night with Seth Meyers next week. And he’s going to have a pretty badass replacement for two of those nights. On Aug. 11 and 12, Annie Clark, a.k.a. St. Vincent, will lead the 8G Band.

This has promise to be epic, we think. The band already has some indie rock heavy hitters — including members of Girls Against Boys and Les Savy Fav — and has been joined in the past by fellow heavyweights like J Mascis of Dinosaur Jr. This, however, will be the first time that another musician has actually assumed Armisen’s responsibilities as bandleader. And, if you’ve ever seen St. Vincent live, then you’re well aware that any band is awesome with her guiding the way.

Tune into Late Night on NBC on Aug. 11 and 12 to see what Clark does with her new late night gig. Her new album, St. Vincent, is awesome, just in case you forgot.

Watch her recent performance of “Bring Me Your Loves” from Letterman.