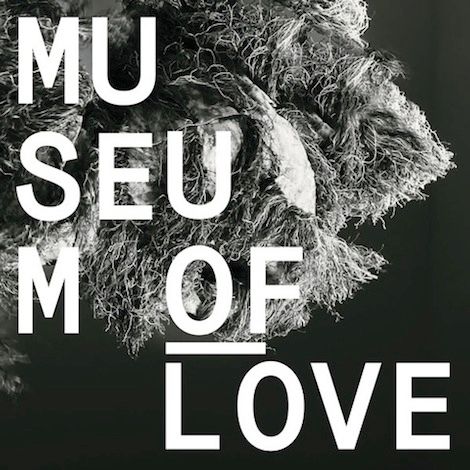 For the better part of the ’00s, Pat Mahoney provided the the hi-hat-riding disco back beat for one of the decade’s most emblematic indie acts: LCD Soundsystem. Anyone who was lucky enough to catch the band live during their half-decade of touring surely understands that the group was much more than a James Murphy studio project; onstage, they transformed into a high-energy, raw dance-rock act, and Mahoney had a hell of a lot to do with that. But with LCD in the rearview, and the rest of the group distributed among other projects like !!!, The Juan Maclean and Hot Chip, Mahoney’s taken on a new role with his latest project Museum of Love — namely, that of a frontman.

On last year’s debut single “Monotronic,” Mahoney teamed up with fellow disco purveyor Dennis McNany (Jee Day) and stepped behind the mic, proving his skills as a vocalist — if a subtle one. Amid a progressive, electronic krautrock pulse, Mahoney sings with a gentle croon, “I wasn’t meant for so much happiness.” Given the duo’s combined credentials, the track felt unusually meditative. It’s danceable, certainly, but there’s a come-down quality to it, and a tempo befitting the wee hours at home, rather than the center of the dancefloor.

The self-titled, DFA-released debut Museum of Love album — arriving just under a year after that track dropped — stacks up the disco high where that single merely hinted at it. It’s an interesting trick, really; intrigue listeners with a single that keeps most of the artist’s cards close to the chest, and then go all-in when it’s time for the reveal. Indeed, Museum of Love is an album that feels right at home in the discotheque, or the home discotheque, or even the car on the way to the discotheque. But that doesn’t mean it’s not still pretty weird for a dance record. The ethereal intro, “Horizontalator,” hints at some sexy times to come, and once the first track “Down South” kicks up, the duo jumps right into minimal wave disco mode, their looping synth hooks underscoring Mahoney’s heroic, Bryan Ferry-esque serenade. The tempo rises again with “In Infancy,” which juxtaposes a streamlined funk sound against peculiar, childlike keyboard sounds.

The structure of the record grows even more wobbly from there, though most of the surprises that Mahoney and McNany reveal are intriguing ones, from the Terry Riley-meets-Kraftwerk pop of “FATHERS,” to the sleek post-punk of “The Who’s Who of Who Cares,” and the manic darkness of “The Large Glass.” Museum of Love pursue a dizzying number of directions on their first album, all very nebulously under the umbrella of disco, and whether or not it ends up entirely cohesive (it doesn’t, entirely), on a song-by-song basis, what they’re doing certainly sounds cool. Mahoney is coming into his own as a frontman, and with McNany, he proves to have no shortage of ideas to work with. Just a bit more refinement, and Museum of Love will easily live up to the lofty expectations that come attached to a taste-making label like DFA.

Kindness – World, You Need a Change of Mind