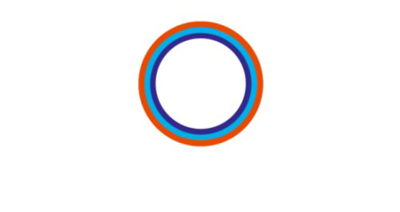 Boy, is this embarrassing. Would you believe it’s been about four months since we last published our famed Album of the Week mix? Well, we want to make good for neglecting our periodic songs picks by providing twice as many, and in a far more sophisticated manner. We’ve searched the interweb for every possible last bit of media we can find on some of our favorite songs of the last few months—MP3s, videos, streams—you name it, we’ve posted it. Of course, taking into account our proclivity for more obscure album tracks, that wasn’t always possible. However, we did compile a sweet little playlist on iTunes, and assembled all of them for you to download at your own convenience. Hooray!

…ahem, well, a couple tracks are only available outside the US, so because of that, a handful aren’t actually available on iTunes. Still, in the interest of continuity, those tracks are still listed here, so that you can add them to your own ongoing playlist of Treble recommended tracks. Rock at will…

Clap Your Hands Say Yeah “Mama, Won’t You Keep Them Castles in the Air and Burning”
From Some Loud Thunder

Of Montreal “A Sentence of Sorts in Kongsvinger” Stream
From Hissing Fauna, Are You the Destroyer?

Field Music “A Gap Has Appeared”
From Tones of Town

Menomena “Wet and Rusting” MP3
From Friend and Foe

The Lindsay “Callmemercury”
From Dragged Out

Various “The World is Gone”
From The World Is Gone

Swan Lake “Are You Swimming in Her Pools?”
From Beast Moans

The Blow “Fists Up!” Stream
From Paper Television

Subtle “The Mercury Craze” Video
From For Hero: For Fool

Icy Demons “As It Comes” Stream
From Tears of a Clone

The Hold Steady “Massive Nights”
From Boys & Girls In America

The Dears “Ballad of Human Kindness” Stream
From Gang of Losers

The Decemberists “The Perfect Crime 2” Stream
From The Crane Wife

Ray LaMontagne “Within You”
From Till the Sun Turns Black

Bonnie “Prince” Billy “No Bad News”
From The Letting Go

Junior Boys “In the Morning” MP3
From So This is Goodbye