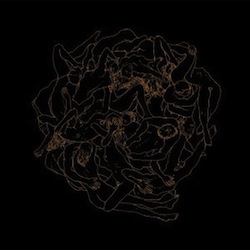 Norwegian noise-rock trio Årabrot beat relentlessly ugly noise rock out of their instruments. They recorded their 2012 album, Solar Anus, with famed indie rock anti-hero and legendary grouch Steve Albini. They perform shirtless in denim cutoffs, and bellow menacing growls of violent imagery rendered in cartoonish fashion. Ladies and gentlemen, Årabrot are here to reassure you that pigfuck is, indeed, alive and well.

In fact, as far as this Scandinavian group is concerned, it’s been pretty healthy since at least their first full-length recording, 2005’s Proposing a Pact With Jesus, and has only refined its bruise-colored sheen in the eight years since. Årabrot concoct an impressively brutal sound, one that’s got hooks, laughs and irreverence in spades, but never gives up its sludge-caked rawness. If you’ve come to hear a power ballad, well, you might find the closest thing in standout track “The Horns of the Devil Grow,” but it’s still pretty loud, definitely pretty brutal, and not much of a ballad at all, really.

The entirety of Årabrot’s self-titled sixth album concerns noisy, meaty, venomous sounds. That’s how it was in the beginning, and that’s how it is now, and who would want it any other way. Not that there aren’t some fun developments in this latest stop along the group’s timeline. The fantastically titled “Throwing Rocks At the Devil” includes some scratchy riffs that could have been plucked from Nirvana’s Bleach, while the hard-driving standout “Arrabal’s Dream” features guest vocals by Kylesa’s Laura Pleasants, which are harsh and searing enough to rival the band’s own Nibby Needle. And “The Horns of the Devil Grow” is the album’s most epic moment, packing into five minutes a lethal mixture of menace and melody that’s worth the wait leading up to it.

In more than a decade as a pummeling, amplifier-blowing noise-rock band, Årabrot went from being rejected from the table where the symphonic black metal goblets glisten to actually winning a Norwegian Grammy. And you can bet that their strategy for success is the same one that makes them such a brutal listen — their total inability to give a shit.