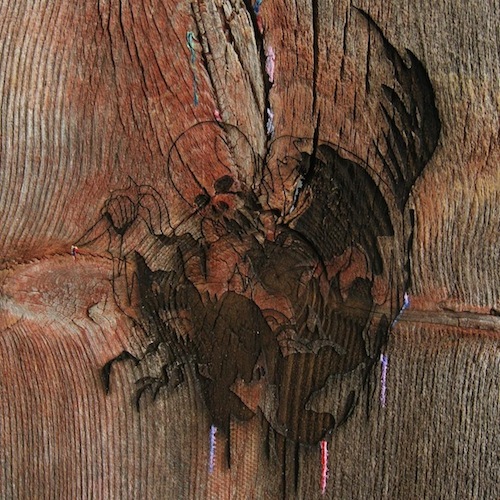 The word “slasher” has a lot of associations and connotations, and hardly any of them are relevant to the music of Avey Tare’s Slasher Flicks. There’s no sense of dread here, no tension building up to the stab of a knife. When you enter the slasher house, you’re stepping into a candy-colored carnival show, where macabre images are more quaint than horrifying, more amusing than threatening — but that’s why you get on the ride in the first place. Enter the Slasher House explores this conflicting mood of disorientation and nostalgia, and the result is a rewarding (if occasionally frustrating) record of catchy throwback pop.

Of course, this is territory that Ariel Pink has been mining for years, and it’s hard to say if Slasher House really says anything that Ariel Pink’s Before Today didn’t say first. If anything, the album provides a less campy take on the sound, providing instead a set of tracks that make dancing feel compulsory.

The album’s best sounds sound like scenes from a half-remembered 1950s dancehall, obscured by the sonic cobwebs of Tare’s production, which renders the album only slightly less dense than Centipede Hz. The unavoidably catchy opening track, “A Sender,” is a fast-paced shuffle cloaked in atmospheric reverb, while “Blind Babe” positively sparkles with a sheen of electronic blips. Somehow, these songs don’t feel weighed down in the same way that Centipede Hz often did — the hazy production only lends to the nostalgic mood, making the experience of the album akin to digging through a crate of dusty records or flipping through a scrapbook of sepia-toned photographs. The best of these is “Catchy (Was Contagious),” which buries Tare’s vocals under modulators and bubbling synth lines. As the title implies, it sounds like a diseased version of early pop music sung by a theme park android whose voice box has begun to slightly corrode.

This kitchen-sink style of production does have its limits, though, and the back half of the album feels particularly burdened. Tare has to scream to be heard over the whooshing production of “The Outlaw,” an approach that gets annoyingly repetitive (there are only so many times you can hear him bellow “The outlaw is the future!”). While “Roses on the Window” has a nice peace-and-love vibe, it stretches the same idea over across almost seven minutes as though testing us to see how long we can make it. “Strange Colores,” the shortest song on the album, arrives to break up this monotony not a moment too soon, copping some Level 42-style chanting that knows not to outstay its welcome.

It’s telling, perhaps, that the best song on the album is the one least burdened by Tare’s production. “Little Fang” is surprisingly unadorned, and arrives like a ray of sunlight into the album’s proceedings. It’s a revelation amidst the chaos, a rewarding moment of clear, unadorned pop that makes you wish that Tare had made the entire album with so delicate a touch.

But for what it is, Enter the Slasher House is, for the most part, a successful record. Both helped and hurt by its production, it establishes a distinct mood and then overwhelms you with it. The best tracks (“A Sender,” “Little Fang,” “Catchy (Was Contagious)” are pretty immediately rewarding, but listening to the rest is a process similar to panning for gold: there’s some valuable stuff there, but you’ve got to be willing to put in a lot of work to find it.