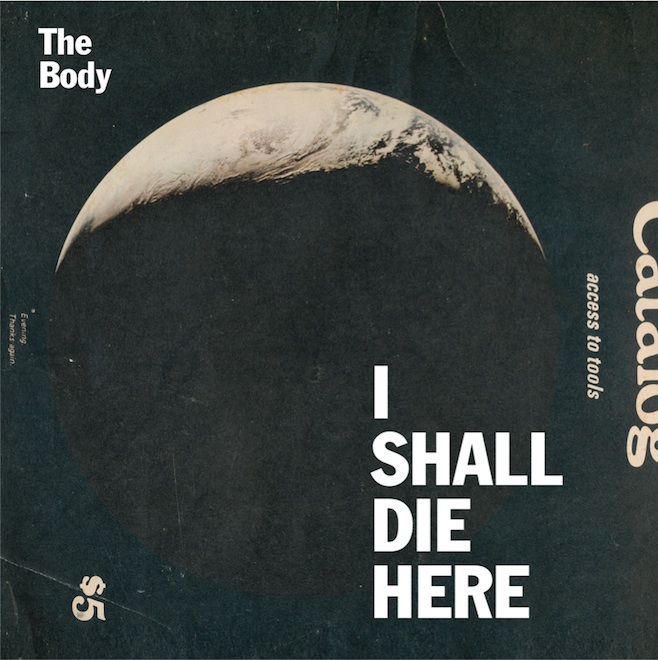 Portland’s The Body and the UK’s The Haxan Cloak released two of last year’s darkest albums — Christs, Redeemers and Excavation, respectively. And while they might not seem to have much of a connection beyond that shadowy sense of doom, the two acts collaborated on a brand new release, titled I Shall Die Here. The album is being released April 3 via RVNG Intl., and according to a press release, “the tried and true sound of The Body is cut to pieces, mutilated by process and re-animated in a spectral state by the newly minted partnership.”

The “wholly experimental” album features work by The Haxan Cloak’s Bobby Krlic and The Body’s Lee Buford and Chip King, as well as contributions from engineers Seth Manchester and Keith Souza. Check out the tracklist below, and check out a stream of new track “Hail to Thee, Everlasting Pain,” which features vocals by Ben Eberle.

The Body I Shall Die Here:

1 To Carry the Seeds of Death Within Me
2 Alone All the Way
3 The Night Knows No Dawn
4 Hail to Thee, Everlasting Pain
5 Our Souls Were Clean
6 Darkness Surrounds Us