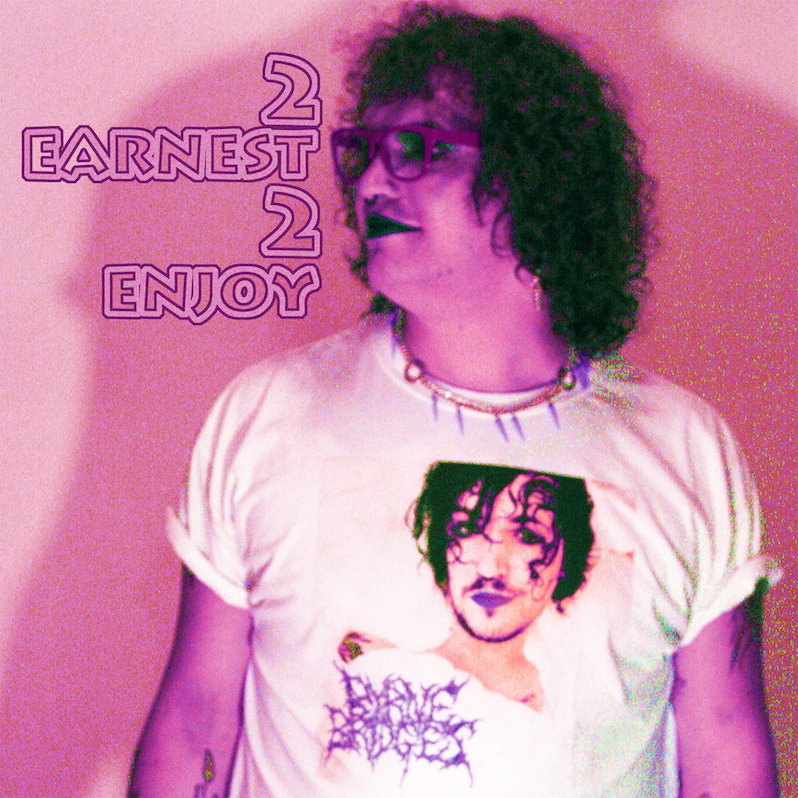 On Friday, Indiana singer/songwriter Byrne Bridges (Ghastly, Indiana) releases their debut solo album 2 EARNEST 2 ENJOY. It’s an album that takes influence from ’90s singer/songwriter records, while featuring “sincere stories about addiction, youth, and queer identity,” according to a statement from the artist. Today, Byrne Bridges has released a new track from the album, titled “Goodbye Song,” which is a brief but climactic indie rock ballad that achieves a slow build up into a soaring end. It’s rooted in indie and emo sounds of the ’90s, perhaps, but it also fits in with contemporary singer/songwriters such as Snail Mail or Jay Som. Hear the track below and take a look at the album’s tracklist.