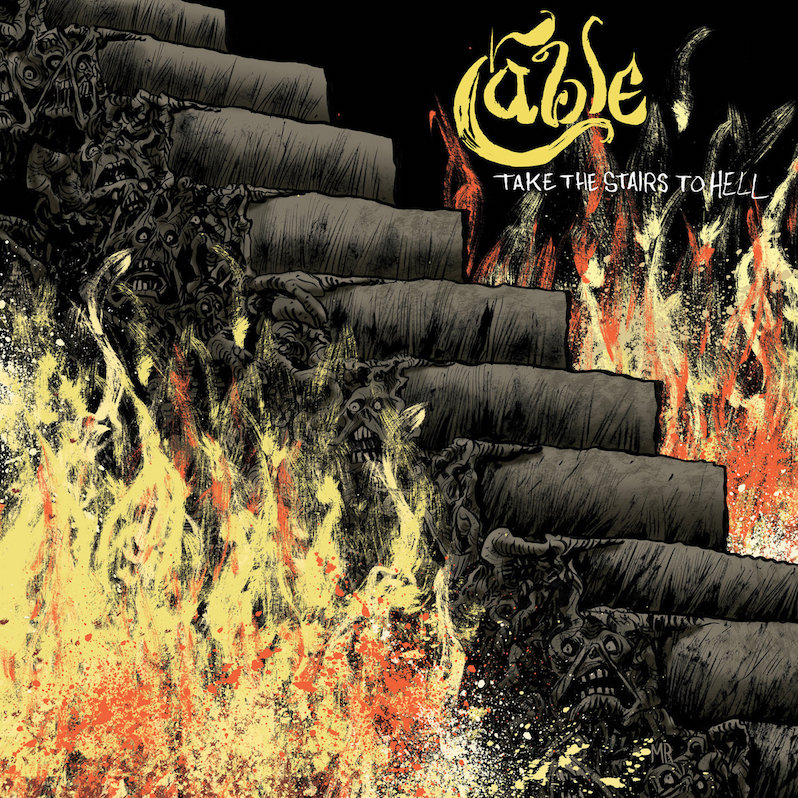 Cable is a certain kind of metalhead’s perfect band. They synthesize a few different strains of music (noise and hard rock, sludge metal and post-hardcore) into pummeling headbangers. If any of this sounds familiar, that’s because it is. Cable is not a hugely inventive or even original band. But that’s not really the point. Cable make songs with massive choruses meant to be screamed, and usually they are successful. The monotony of their newest record, Take The Stairs To Hell, comes as a by product of their single-mindedness: if a song doesn’t crush the listener at some point, what is it doing?

A Cable song is dreadfully consistent. First is vocalist Randy Larsen’s growl, which is relentless in its consistency. There is maybe one moment on this record when he tries a different vocal style, and it truly feels like the sun pouring out of the clouds in one glorious beam of light, a respite from the constant yelling he does everywhere else. Second is the production, which mixes the fuzzed out guitar tones of Led Zeppelin with plenty of tremolo. And third is the mind-numbing presence of big choruses with lots of downtuned riffs. This is Cable’s favorite songwriting move, which becomes increasingly clear as Take The Stairs To Hell wears on. They do mix it up sometimes (and it’s greatly appreciated), and sometimes the chorus doesn’t come in when you expect it (“Black Medicine”), or there’s a great breakdown instead of a chorus (“It Cost Me Everything”), or there isn’t a chorus at all (on the title track, the only great song here).

Yet Take The Stairs To Hell isn’t entirely to be dismissed, because of the band’s constant brushes with greatness. “Rats on Fire” is such an example. The verses here sound like Danzig fronting Sonic Youth, full of subtle electric guitar work that makes the song immediate and electrifying. But then the chorus comes crashing down (and so does the song). The staggering difference in quality that Cable can ride across the length of a track is both infuriating and fascinating. On some level, it feels almost purposeful. Like practical jokesters, the band presents us with something interesting and then yanks it away. That, or they really don’t know a good idea when they’ve got one.

And they do have good ideas! “Rivers of Gold” ends in a flutter of dissonant guitars and drums, like Cable dropped their instruments out the window. And “Black Medicine” has a guitar solo so incredibly excellent, that the entire band practically stops playing just to sit in awe for a moment. But for every “Rivers of Gold” and “Black Medicine,” there’s a “Low Man” or an “Eyes Rolled Back,” which lack any distinguishing features. There are guitars and drums and bass being played here, and certainly someone is yelling quite forcefully over them, but they leave absolutely no impression, like boiled chicken, lacking any flavor or nutritional content, merely meant to satisfy until the next meal.

The final track, labeled as an outro, on Take The Stairs To Hell, is a total left turn. It’s pure gothic rock, full of plucked bass and and reverb heavy drums, and even some synths (!). Coming after an endless block of thick riffs, it sounds divine. But it’s a little suspect that Cable waits until the end of this record to pull out this trick from the bag. Where was this kind of genre hopping earlier on the album, when it was so sorely needed? As a final note to end on, it feels like the band got its last laugh. 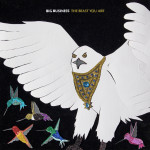 Big Business – The Beast You Are