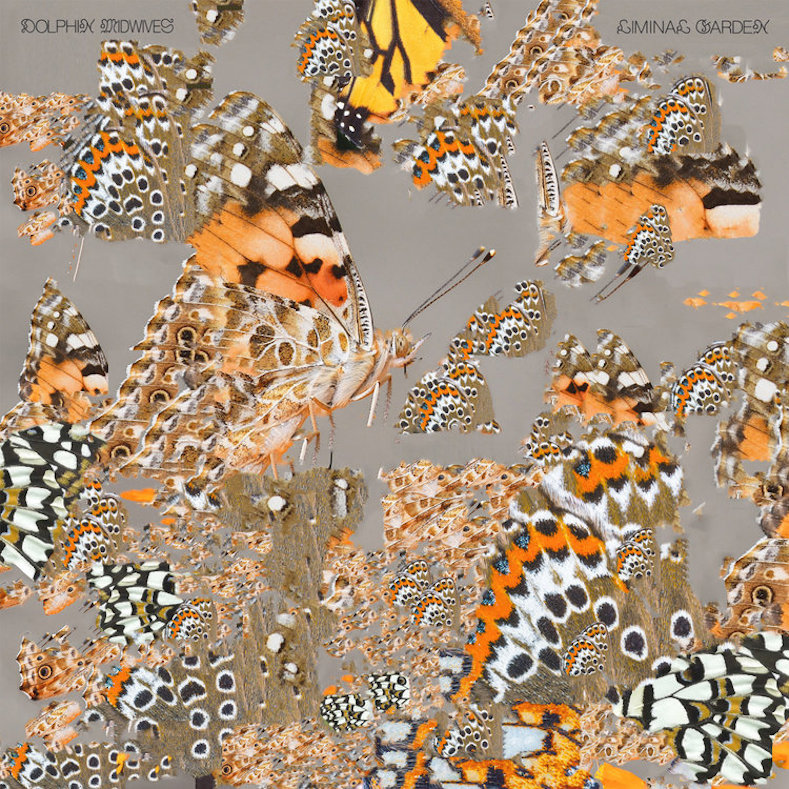 The progression of Dolphin Midwives’ career across her two short records can be traced on her first. That record, 2016’s Orchid Milk, starts as a bucolic solo harp record, gorgeous drapes of gentle sheeting sound splayed evenly across the stereo field, before devolving by the end of the record on tracks such as “(((castleshell)))” into fractured and reversed shards, holding a cyber/biopunk tension of souls trapped in machines and the tension of stiffness/rigidity versus softness and sweep in seashells and castle ramparts. Her second, Liminal Garden, does not so much progress from these themes as hyperfixate on them, and for good reason; she has found a fruitful patch of earth to till, and the results across the record are well-worth her focused attentions.

It is easy sometimes to look back on vaporwave as a kind of jokey aesthetic that was fit more for memes than for serious art, but the fractured loops of harp and vocals that comprise Liminal Garden expose the inner Borgesian core of the idea, that of eternal recursion, thoughts and sounds folding back in on themselves, backwards through time, until they form a kind of hypersigil of sound. The way they layer into a holograph, forming a new three-dimensional sound, is the crux of Brian Eno’s work at the founding of ambient music and also the studio of sound installations; Dolphin Midwives seems to take this seriously, trusting in the human element of voice and performance to cut (dis)comfortably against the shards of electronic sound. It is easy, too, to get perhaps a bit too cerebral in describing this kind of music, which feels so often like a tickling massage of the brain, if only because it also seems auto-generative, like a fertile bed of imaginary images and thoughts.

It’s no mistake then that the cover is a mass of butterflies, fluttering and swarming. The crux of the record, from the name to the art design to of course the songs themselves, is that of imagistic but near-nameless evocation. Insects turning to glitter in air; the system crashing and combining two or more forms in three-dimensional space into a recursive but beautiful nightmare; even just idle formless daydream. Fine attention was paid to the sound profile of the looping elements; she has a firm grasp of when to use pointillistic lines versus warm humming sheets, and as a result the loops play nice with each other. The standard tensions of pieces like this, introducing discord which resolves slowly over a glacial span, is ignored, instead letting the jittering glitchy rhythms of the electronic distortion function as the primary force of tension. As a result, the songs play out less like arcs in the manner of traditional songs and more like still images, the sound describing and evoking a panel of a painting on the precipice of some disquieting event, like leaves falling from a tree or a fruit turning to rot in an orchard. The record plays out more like a connected sequence of these paintings, a gallery rather than a single narrative.

These are not new ideas. The musical pursuit of sublimity and transcendent beauty in ugliness, and of the already-existing hybridization of the worlds of machine and flesh, are well-trod ground. Even the crux of the sonic idea, using something as medieval as an unaccompanied harp and distorting it with electronic manipulation and tape loops, is not itself a new idea, and the genre forms it draws from are marked by explicitly playing with a lack of newness, a recursion of borrowed and distorted and half-remembered/half-forgetting ideas. But the benefit of a record structured as Dolphin Midwives does is that the focus is not on newness as much as it is beauty, and a beauty that feels relevant in contemporary space. Liminal Garden is a gorgeous record and one that brims with imaginative possibility and auto-generative capability. It’s the type of record you can’t quite duplicate in a career without diminishing its magic. It captures the sublime beauty of a world with death, displacement, terror and punishment, where joy and pleasure are disappearing motes of some distant floating world. 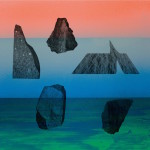