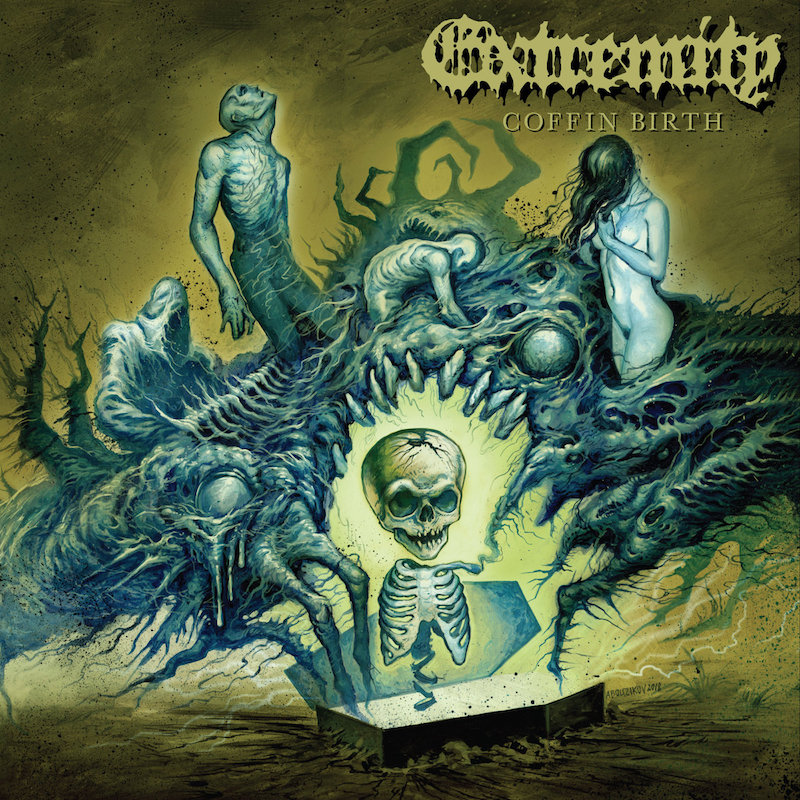 “It’s definitely conscious that Extremity is dumb death metal,” says Extremity guitarist Marissa Martinez-Hoadley in a recent interview with Bandcamp. That’s not meant to be an insult, certainly not coming from a musician who also plays in a band called Cretin—death metal can be cerebral, ornate, impossibly complex even, but it can also be remarkably, wonderfully dumb. Just like the best punk or garage rock can be primitive, stripped down to its basest elements and given the right amount of volume to bellow its loudest, death metal often works best as a blunt object. Layer on the drop-C power chords, growls about ghouls and cover art skeletons, and you’ve got the makings of metal at its most unapologetically fun.

To back up Martinez-Hoadley’s claim, the entirety of Extremity’s new album is written from the perspective of being inside a coffin. The whole fucking thing. Absurd? Yes! Very much so! But Coffin Birth is also essentially the sound of one thrilling track after another, the Bay Area band casting aside the pretense of high-art or something more philosophical in favor of goofball horror and B-movie camp. Here’s the thing, though: The songs are magnificent. As death metal goes, this may be a “dumb” album, but it’s tackled by a band that’s anything but.

The camp value does play a fairly prominent role in the sound of Coffin Birth, starting with the Halloween organ that opens up the title track. Once it segues into the merciless pummel of “A Million Witches,” however, Extremity are off and running, a team of vandals on a mission to do some crypt-wrecking through guttural riffs and ominous atmospherics. And though the album is removed of the polish and pretense of much of contemporary death metal, the simplicity gives it a certain elegance, as odd as that might sound. “Grave Mistake” is a pretty straightforward classic death-metal gallop, but it’s memorable for employing a direct-to-the-gut crunch that borders on death ‘n’ roll. The same can be said of “For Want of a Nail,” whose spooky piano intro gives way to one of the album’s highest peaks, a badass stomp that foregoes the most extreme elements of vintage death metal in favor of some burly, head-banging chugs.

The best death metal albums are always more than the sum of their riffs, and while Coffin Birth is no exception to that rule, it has more than its share of highlights for the riff bank. “Like Father Like Son” features dizzying licks that showcase the band’s raw, albeit catchy hooks. And there’s a greater sense of drama and grandeur in closing stomper “Coffin Death.” Ultimately, what makes Coffin Birth work so well is that it’s never overwrought or pretentious, just a classic, unfussed metal sound made to sound the best it possibly can. This death metal might be dumb, but Extremity know exactly what the fuck they’re doing. 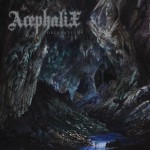