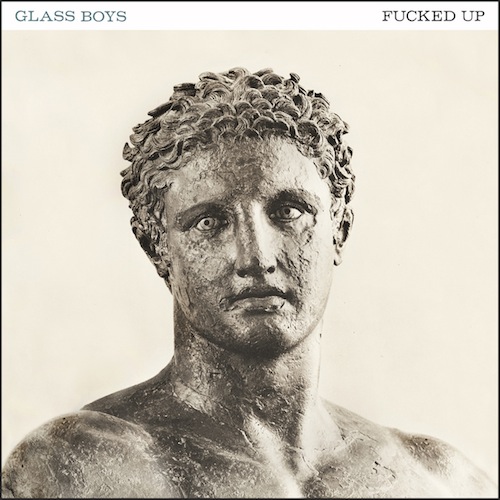 There’s no easy answer to how best to follow-up an 18-song punk-rock opera about grieving over true love lost in a factory explosion, but by 2011’s end, Fucked Up frontman Damian Abraham hinted that the only direction left was out. “I can’t tour anymore,” he said after a long cycle of touring behind the band’s epic David Comes to Life. “We’re going to take this long break and hopefully we can think about it and figure it out a little more.”

In hindsight, it sounds a lot less bleak than it did at the time. The worst thing a band can do is grind itself to a halt out of sheer exhaustion, or worse — actually lose its joy for making music. In 2011, Fucked Up were at the peak of their ambition and abilities. David Comes to Life may or may not be their best album (I’m slightly more partial to The Chemistry of Common Life), but it’s without a doubt one of the best punk albums of the last ten years — a complex and philosophical work that expands upon their raw and anthemic sound into something approaching the E Street Band gone hardcore. For how much time and effort went into something so massive — not to mention the rigorous tour schedule — it’s easy to see how burnout might become a real possibility.

Tours and festival appearances in 2012 and 2013 eventually put fears of Fucked Up dying in a whimper to bed, and truthfully, Fucked Up never seemed like a band willing to pack it in so readily. The arc of Fucked Up’s career has seen the Toronto-based six-piece grow up and progress into something much more than a punk band, and fourth album Glass Boys is another significant point on that arc, more than ever before blurring the lines between the band’s hardcore roots and more traditional — one might even say “classic” — rock music.

For all intents and purposes, Glass Boys is a rock album, and one that shaves 25 minutes off of its predecessor’s running time. In one sense, this is where Fucked Up scales back. Not only is it the shortest of the band’s albums, but also the most mainstream-friendly — save for Abraham’s throaty bark. Its riffs are big, its choruses are bigger, and every track feels engineered for optimum stadium appeal. That doesn’t necessarily mean the band has stripped away any of the musical developments of David Comes to Life. Highlight “Sun Glass” teases with acoustic guitar before launching into a characteristically layered and majestic sound, rife with shout-along recitations of its title. Jangle and meaty power chords blend beautifully on “The Art of Patrons.” And the group’s multi-pronged guitar attack has never sounded quite so elegant than it does on “The Great Divide.”

Glass Boys is the most grown-up Fucked Up album yet, and it kind of has to be — they’re now the most grown up they’ve ever been. But the band has always been extremely thoughtful about their subject matter, and willing to handle topics with maturity and introspection, no matter how raging the music is. It’s no different here; questions of identity, responsibility and how to reconcile your past with the need to own up to adult realities. Abraham touches upon the question of selling out on “The Art of Patrons,” asking “Is it so bad? Is it as dark as it seems? / To trade a little purity to prolong the dream?” And on the epic title track, he confesses, “I’m afraid to grow up/ and fuck my life up.” Part of growing up is acknowledging that you don’t have all the answers, and on Glass Boys, Fucked Up sound more at peace with that knowledge than they’ve ever been.

Being an adult and being in a punk band seem in the abstract like conflicting ideas. Punk is something so often tied to the angst of adolescence that even if you wanted to capture that feeling well into your thirties, it’s hard to do so, simply by the reality of being in a different stage of your life. But punk is also about individualism, and you can’t very well accuse Fucked Up of being a band that abandons its own ideals or vision. If that means Glass Boys is dad rock, then being an adult suddenly seems a lot cooler.