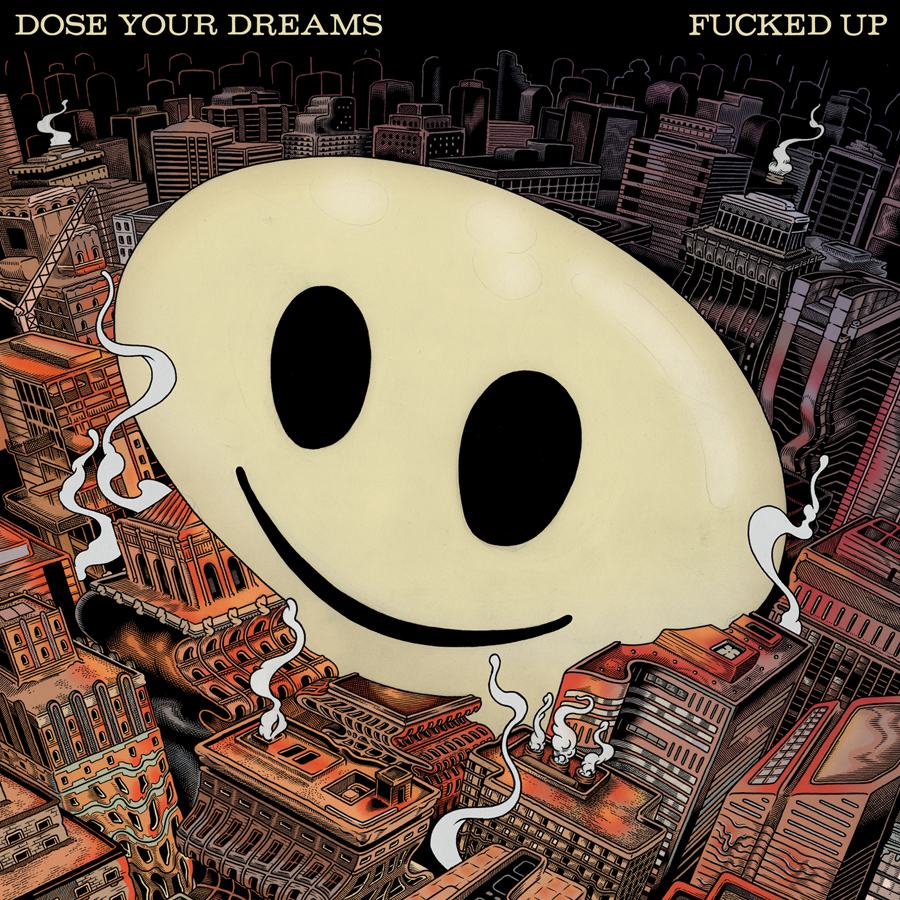 Fucked Up are back. The Toronto hardcore band have announced they’ve signed to Merge Records, and on October 5, they’re releasing a new double-album, Dose Your Dreams. The first single from the album is titled “Raise Your Voice Joyce.” Give it a listen below, and take a look at the album’s tracklist and the band’s upcoming tour dates.

Owen Pallett, who also contributed strings, wrote the band’s bio for their new album, and based on an excerpt, it sounds like they’ve ramped up their psychedelia: “I was sent an unfinished version of Dose Your Dreams so that I might contribute string parts. I couldn’t stop listening to the rough mixes I received. A friend asked me how the record was. I replied, “My God, Fucked Up have made their Screamadelica.”

Fucked Up Dose Your Dreams tracklist:

Fucked Up’s David Comes to Life is on our list of 10 Essential 21st Century Concept Albums.