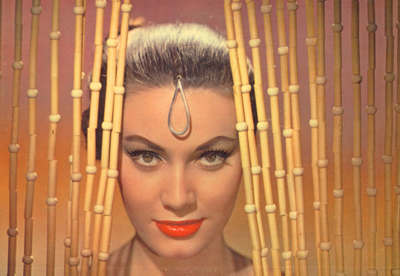 To a certain degree, everyone who jumps into the field of music journalism does so because of a passionate hunger for hearing something new and exciting. When it comes to finding that something new and exciting, the deeper one digs into new sounds and unheard styles, the more apparent it becomes just how many uncharted musical realms there are to discover. The beauty of following this path of discovery is that, inevitably, embracing one style will provide an entry point to another. Hip-hop may turn one on to grime, drum ‘n’ bass to dubstep, funk to afrobeat, and so on. The chain, though finite, at times seems boundless.

Diving headfirst into a new genre, however, can be an intimidating task. Without exposure from a friend or acquaintance leaves us to take on much of the task on our own. Where does one start? Who are the best artists? Who are the hacks? And, most importantly, will this path of discovery be of any value to me? If you learn, absorb, or most importantly, enjoy anything in the process, then that musical journey most certainly has value.

With “Hold On To Your Genre,” Treble offers a series in which its writers take on a genre, head-first, for a crash course in sonic education. As we sample each style’s numerous delicacies, we hope our readers, in turn, will likewise take something interesting away from the process. There’s always a new genre or style to discover, and sometimes it takes an all-nighter to hear everything it has to offer.

In the summer of 2000, after I graduated from high school, I set out on a crucial mission to buy a record player. I had no idea what I was looking for, just something basic that would play records; no DJ-approved wheels of steel were necessary, as far as I was concerned. So I ended up picking up a refurbished Sony turntable from Best Buy and picked up a few $3 Rolling Stones and Led Zeppelin LPs at my local record shop as well. But my parents also had a library of records they no longer used and were happy to hand off. My brothers had already raided the collection for Beatles albums, but I managed to snag some unique items: a collection of early Bee Gees singles, some Herb Alpert and Tijuana Brass, Astrud Gilberto and Martin Denny’s A Taste of Honey.

A Taste of Honey didn’t introduce me to exotica, but it was the first true album within the genre I had actually heard. Yet traces of exotica popped up in a lot of other things I was listening to, from samples in music by DJ Food, Amon Tobin and Gus Gus, to influence and pastiche in music by Stereolab and Dimitri From Paris. In fact, lounge culture was kind of hard to avoid in the late ’90s. Capitol Records issued a lengthy series of “Ultra Lounge” compilations, which ranged from cocktail classics to crime soundtracks and even a swingin’ Christmas comp. And Swingers certainly contributed to the abundance of polyester shirts in circulation at the time (not to mention the swing resurgence). Additionally, bands like Combustible Edison were making their own brand of cocktail lounge in the ’90s (released on Sub Pop, no less).

But what is exotica? I’ll defer to Martin Denny, whose album Exotica, coined the term: “a combination of the South Pacific and the Orient…what a lot of people imagined the islands to be like…it’s pure fantasy though.” It’s island-inspired music, but not accurately representative of actual indigenous music. Exotica is jazzy lounge kitsch, but with explicit nods to Asian and Polynesian culture, as well as elements of samba, bossa nova and Latin jazz. It is sometimes silly, sometimes cheesy, but if one is able to embrace the laid back, hedonistic sounds of exotica, it is also extremely fun.

Exotica records, generally, are littered with marimba or vibraphone, conga, flute or other woodwind and brass, occasional big band arrangements, the occasional incorporation of wildlife sounds and, in very specific cases, vocals. In general, however, the genre is pretty laid back, despite sometimes having very elaborate arrangements. Most admirably, however, exotica is a genre with a sense of humor and a firm embrace of kitsch, which is often apparent through the vinyl vixens that graced the cover art of many an exotica collection.

So, with summer nearly upon us, and the season ripe for tropical celebrations and retro camp, here’s a selection of five exotica albums worth exploring.

Yma Sumac is simultaneously one of the most exciting exotica performers in history, as well as the one with the most interesting backstory. Born Zoila Augusta Emperatriz Chávarri del Castillo in Peru, Yma Sumac is said to have been descended from Inca royalty. In fact, in 1946, the government of Peru confirmed this, thereby making the most outlandish falsehood about her the rumor that she was actually a housewife named Amy Camus (her name backwards). As a performer, however, she was an intense and powerful figure, possessing a jaw-dropping four-octave range. She could chirp piercing high notes as well as bellow guttural lows, and always did so with flair and style. Her album Mambo! is a splendid place to start, a collection of – what else—mambo! The album includes her famed song “Bo Mambo,” one of the coolest tracks in the history of pop music, and maintains a steady high of bold and brassy Latin jazz throughout. While much of exotica is very laid back, even a little sleepy at times, this album is anything but, a fiery and fun set that sounds incredible more than five decades later.

Martin Denny’s Exotica may or may not have actually coined the genre’s name, but it certainly pushed “exotica” to greater prominence in the late ’50s. This classic collection of lounge-jazz, much of which consists of Les Baxter-penned tunes, is a mellow and cool collection, one perhaps most famous for its cover, which depicts frequent exotica cover girl Sandy Warner peeking through a bamboo curtain. Its subtle, mysterious sexuality fits the mood, which is one of inebriated island leisure. That’s not to say it’s a very sexy album necessarily, just one with great atmosphere. In fact, first track “Quiet Village,” a genre standard, kicks off with the squawks of tropical birds, which is, frankly, a little silly. But that said, exotica is a genre that wholly embraced camp value, so this is merely par for the course. There are a handful of standouts here, such as “Return to Paradise” and “China Nights,” but on the whole this album breezes by gently and warmly, mostly background music, but quite lovely background at that.

Arthur Lyman used to be in Martin Denny’s band, so it should come as little surprise that Arthur Lyman’s work sounds fairly similar to Denny’s, albeit gentler and more sedate. Ironically, however, I found that Lyman’s Taboo was a little more interesting than Denny’s Exotica. For starters, the opening title track (with more bird calls!) is a melodic standout, soft and subtle but nonetheless mysterious and alluring. Likewise, Lyman makes some good choices as far as standouts go. His take on “Misirlou” may not be as iconic or exciting as Dick Dale’s, but it’s nonetheless very cool. And the same goes for his cover of “Caravan,” which, to be fair, basically sounds perfect no matter who plays it. Still, this is a very low key collection and slips by like a warm breeze. It pairs well with a nice tiki drink, preferably with an umbrella and a large slice of pineapple.

Mexican bandleader Juan Garcia Esquivel enjoyed a resurgence in popularity and, more importantly, hipness in the ’90s, thanks in large part to a lounge culture revival and his influence on bands like Stereolab. In the exotica pantheon, Esquivel has a unique place, bringing together big band, Latin jazz and space age pop sounds in a big, campy explosion. His music is at times cartoonish, with dramatic brass competing with a silly “zu zu zu” and a Hawaiian guitar that sounds like the opening of a “Looney Tunes” cartoon. That said, it’s an infectious and delightful kind of cartoonishness. Esquivel sets a space age bachelor pad scene stylishly and with a smirk on Other Worlds, Other Sounds, nicely matching the vixen-in-space cover art with his own set of rocket age mambo and cha-cha. Certainly, his take on “Night and Day” is a bit cheesy, but “That Old Black Magic” is more on the romantic side of the spectrum, and “Nature Boy” actually lives up to the promise of something exotic. And since I brought up Stereolab, those lovable kraut-lounge experimentalists actually borrowed elements of “Magic is the Moonlight” on their Dots and Loops album. But perhaps the most impressive piece of all here is the arrangement of “It Had to Be You,” which has the nastiest use of a trombone mute I think I’ve ever heard. Bravo, Esquivel. Bravo.

Sabu, or Louis “Sabu” Martinez, is an unusual entry in this series in that he’s actually a well-regarded jazz musician, and not exclusively an exotica player. A prolific conga player who released many Afro-Cuban jazz records since the ’50s, none of his albums have the same level of space age kitsch that Juan Garcia Esquivel did, or easy listening lounge like Martin Denny. Rather, his compositions lean heavier on improvisation, and as such his work is much closer to more straight-ahead jazz musicians of the era. That said, this album belongs here for a reason. Sabu did play exotica, but his brand of exotica was less informed by pop music. This six-track set strays significantly from the other albums here, the tracks stretching out to six, seven, even ten minutes long. And on a piece like “Aurora Borealis,” percussion and rhythm play a prominent role, as one might expect from a conga player. But this is nonetheless a spectacular album, and one whose exotic island themes play into a more dramatic and mysterious atmosphere. It’s a highly enjoyable listen, and though its camp value is greatly less than that of many of exotica’s other stars, its tropical atmosphere will nonetheless take you away to somewhere foreign and intriguing.