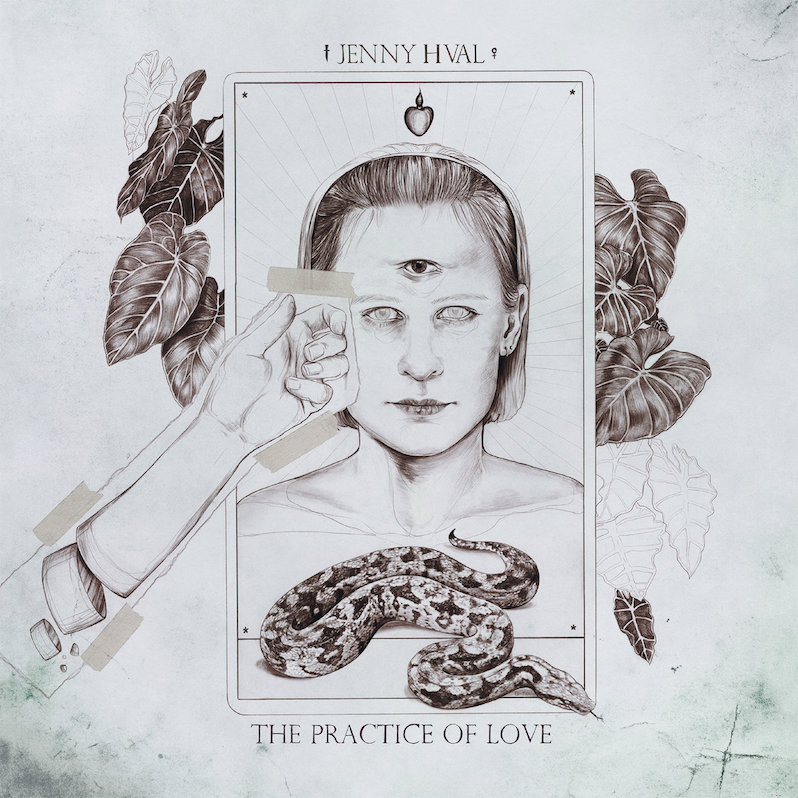 These are the first words on Norweigian singer/songwriter Jenny Hval’s newest record, The Practice of Love. They’re not spoken by Hval, but instead, by her friend and collaborator, Vivian Wang. Wang is one of a small network of female collaborators on The Practice of Love, a new feature in Hval’s work. Another new feature is synths that ripple beneath Wang’s voice on opening track “Lions.” The only way to describe these synths are as water, so let’s get every description out of the way now: oceanic, waving, crashing, aquatic, splashing, amphibious, plunging, collapsing, just so fucking massive.

The entirety of The Practice of Love lives in this sound palette of, as Hval described it, “trashy mainstream trance music from the 90s.” But Heaven by DJ Sammy this is not. While the drum patterns and melodies hint at the floating grooves trance is known for, Hval has made it tasteful. Only some of these songs truly reach the corny heights of trance music, and they are also the best here. This is not a coincidence.

Take “Ashes to Ashes.” It’s a spectacular song; one of the year’s best. Just listen to the way the song builds, and then takes off as Hval sings, “and then having a cigarette.” Her voice sprinting up her register, matched with the soaring electronics behind her, sound like Icarus flying towards the sun, except there is no comedown. It’s an addict’s dream. The rest of the “Ashes to Ashes” manages to sustain this high in a Herculean act of songwriting. And then there are the lyrics, which read like feminist Borges going on a nature retreat. “I had a dream about this song/that I had not written yet/like I used to dream of fucking/before I knew how,” and “Put to fingers in the earth/into rotting plums/into the honeypot/into moist nude magazines,” are some of the best lyrics of the year, full stop. The simplicity of the words belies the depth of the themes. It’s on this track, as well as “High Alice” and “Accident,” that Hval most clearly executes her thesis: to write pop songs answering some of the greatest questions of human existence. Hval is one of our most qualified artists to do this, but The Practice of Love brings on a nagging feeling she hasn’t quite succeeded.

But what Hval has succeeded in is exploring smaller, weirder themes. The idea of human love destroying nature through reproduction is the clearest presented in the title track, which is a collage of overlapping voices: Hval’s, reading from a script she wrote, and then Laura Jean Eglert’s, speaking about being a “minor character” in the story of humanity. Pieces like these always act as the sharpest distillation of themes on Jenny Hval records, interstitial tracks surrounding what on past records merely resembled pop songs. On Hval’s last record, Blood Bitch, they were violent sound pieces. On The Practice of Love, they sound more like ASMR, with softly spoken words overlapping into pure sound.

This is the weirdest Hval gets on The Practice of Love, and it would be a lie to say some of her most experimental impulses aren’t sorely missed. What made Blood Bitch a minor masterpiece was the way beautiful, alien hooks would soar out of what sounded like flesh and feather and bones rubbing together. It was physical music about having a body, one steeped in ’70s horror movies and period art. This is all to say it was a decidedly small record culled from a million wild sources which made so much sense when hung together just-so. The singular focus of The Practice of Love is what dooms it. But somewhere inside the record is a weirder and ricketier one, one about forest dirt and sex and the human virus. With repeated listens, this album reveals itself. Maybe that’s enough. 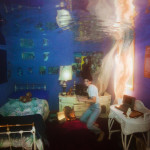