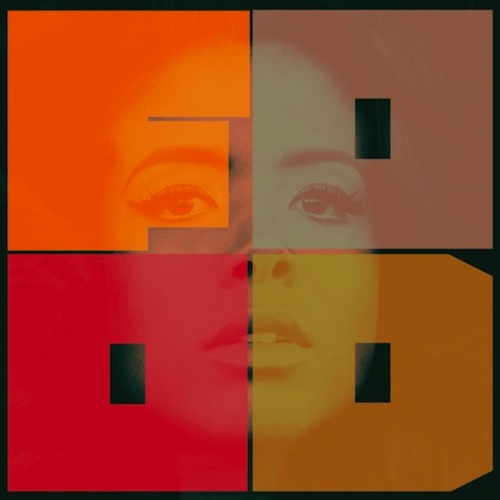 Long before the first note of Kelis‘ Food entered listeners’ ears, the album already felt like just like one small piece of a much grander marketing campaign. Food — Kelis Rogers’ first for Ninja Tune — isn’t merely a title, it’s a defining theme for this stage of the R&B artist’s career. Most of the songs on the album do, indeed, have something to do with culinary concoctions (“Jerk Ribs,” “Breakfast,” “Biscuits ‘n’ Gravy,” etc.) — which coincides all too perfectly with the announcement that Kelis has launched her own cooking show, “Saucy and Sweet,” on Cooking Channel. Rogers is, in fact, a graduate of Le Cordon Bleu Culinary School, and has since launched a line of sauces, called “Feast,” which prompted an inevitable comparison to another entertainer famed for his entrance into a savory product line. “I don’t know what Paul Newman’s situation is,” Rogers told the New York Times, “but I make sauce.”

As career shifts go, Kelis’ didn’t come without a few hints early on. Her 2003 album was, in fact, titled Tasty. And that album’s runaway single, “Milkshake,” brought all the boys to the yard, as you’ll recall. Flavor’s always been an integral tool in Kelis’ repertoire, and with Food, she merely translates that into slightly more literal helpings of hearty melody. In contrast to the EDM-heavy sounds of her 2010 album Flesh Tone, Food has a soulful and rich sound that mirrors its comfort-food presentation, which can partially be attributed to producer David Sitek, and partially to the live instrumentation that gives each track its stick-to-your-ribs robustness.

Right off the bat it’s apparent just how different a record Food is than Flesh Tone. Leadoff track “Breakfast” is a satisfying helping of neo-soul nutrition, brimming with positive vibes and sumptuous instrumentation. It sets the tone for the record with its open-hearted verses, Rogers ringing in the festivities with earnestness and affection: “I wanna say thank you, you’ve been more than just a man.” And it’s through the metaphor of food that Kelis explores an entirely different kind of nourishment, a thread of love and family weaving in and out of each of the album’s 13 tracks. Not that she doesn’t get incredibly funky on her journey: “Jerk Ribs” throbs with a deep funk rhythm and Afrobeat horns, underscoring Rogers’ hypnotic rasp — at once a guiding force for the track as well as a crucial instrument in its expansive arrangement. And on “Cobbler,” the grooves run deep, hand-claps and horns backing some of the album’s sweetest vocal harmonies.

Fifteen years removed from her breakthrough single “Caught Out There,” Kelis has entered another important phase of her career: the one in which mainstream concerns have dramatically waned. Food isn’t a calculated move to maintain chart status; it’s an album that just sounds — and feels — good, regardless of time and place. If it’s sauce that Kelis makes, Food is the kind of stuff worth slathering on every meal.