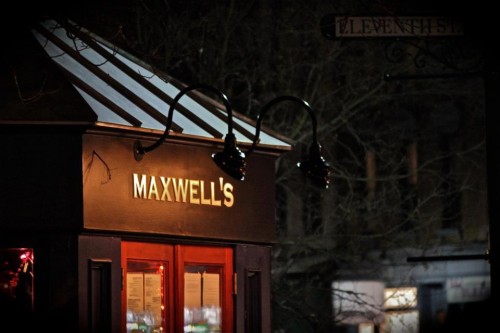 It’s the end of an era for a venerable institution of rock music. The Star-Ledger reports that Hoboken rock club and restaurant Maxwell’s is closing in July. The venue’s lease is up on July 31, and though the owners were offered a reasonable rate to renew the lease, they ultimately decided it was time to send off the establishment once and for all.

Todd Abramson, booking agent and co-owner of Maxwell’s, said in the Star-Ledger story, “After much thought, given the changing nature of Hoboken and the difficulties of trying to run a business in this town, we decided it was time.”

Some of the difficulties in keeping the venue vital in downtown Hoboken, per the Ledger, include the lack of available parking and a changing nightlife culture. Still, Maxwell’s plans to go out with a celebratory finale. The first band to play the venue when it opened in 1978 was a, which featured Glenn Morrow and members of the Bongos, and on July 31, the venue will close with a performance by a, as well as The Bongos.

Abramson co-owns Maxwell’s with Dave Post and Sonic Youth’s Steve Shelley, and other co-owners over the years include R.E.M.’s Peter Buck and Sugar/Hüsker Dü’s Bob Mould. The venue plays host to Yo La Tengo’s Hanukkah shows every year, and was featured in Bruce Springsteen’s video for “Glory Days.” Various bands including Guided by Voices and Imperial Teen have recorded live albums at Maxwell’s, and the venue has hosted countless legendary bands, including Nirvana, The Replacements, Sonic Youth, Dinosaur Jr., Hüsker Dü, The Meat Puppets, The Melvins, The Buzzcocks, The Fall and Flipper.