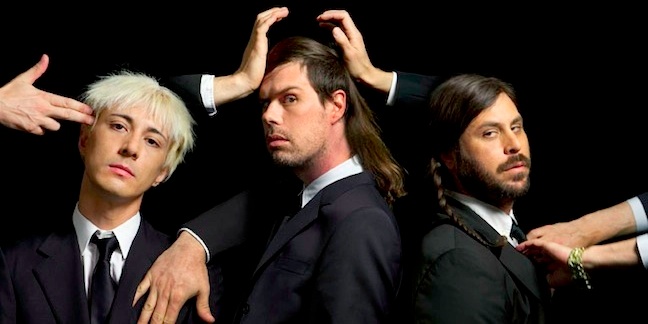 Style-shifting indie and psych-rock trio Liars are just a few weeks away from the release of their seventh album, Mess, which will be released March 25 via Mute Records. And just one month later, they begin their jaunt across the country to tour in support of it, bringing their psychedelic art weirdness to audiences in about nine cities (so far), including a couple of festivals where the peyote is likely plentiful. Check out the Liars tour itinerary below.

Liars share two new songs, “Coins In My Cage” and “The Grand Delusional”