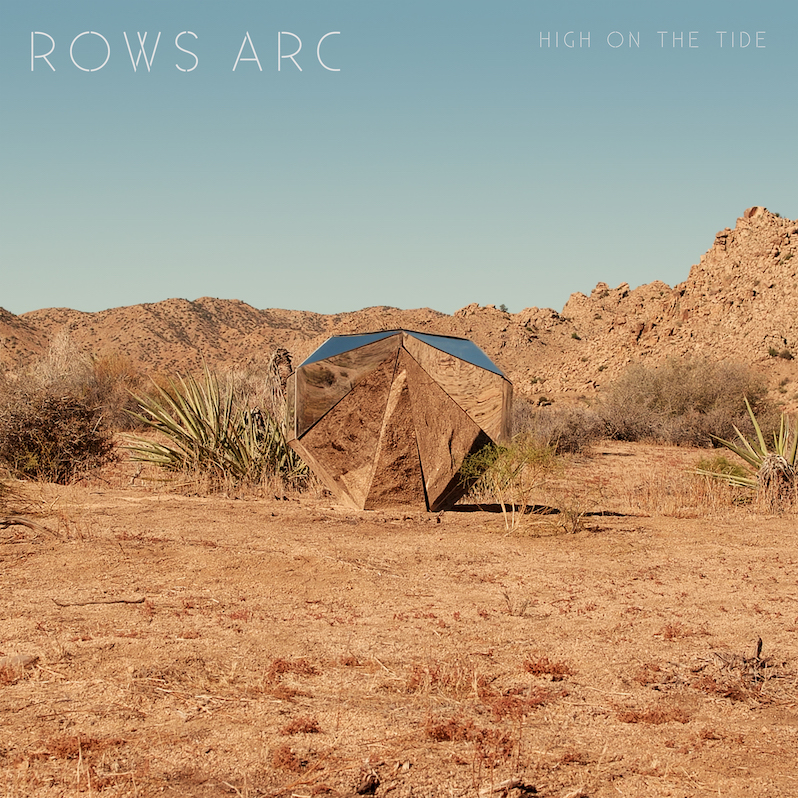 “In the dark, the world is an echo, a crudely crafted memory that loses definition with each recollection. These songs were my dawn, pulling the mossy shapes of life back into form.”

So says Sarah Olmsted, leader of the Los Angeles-based band Rows Arc. She took a while to start making forays into the world of music despite growing up around it—in part due to her other pursuits (among them sculpture and furniture building); in part due to paralyzing stage fright. but from the sound of the trio’s debut album she’s definitely found her calling. High on the Tide is an impressive collection of hazy psychedelic pop songs whose easy melodies belie the depths of their complexities.

Olmsted’s confident vocals float gracefully over the rich musical landscape created by the 11-track collection, which Treble is premiering ahead of its release on Friday via Chicago’s Hawthorne Street Records, a label which has released records by the likes of Jaye Jayle and Meat Wave. Their influence runs through the record—Allen Epley and Eric Abert of labelmates The Life and Times recorded and mixed the album, while Sweet Cobra’s Jason Gagovski played multiple instruments on it. The trio of musicians that makes up Rows Arc—brought together from radically different musical backgrounds—is completed by guitarist and bassist Neeraj Kane, also of the The Suicide File and The Hope Conspiracy. High on the Tide makes for an ideal spring album, and you can sample it for yourself below. Rows Arc play The Pit in Los Angeles on April 19th, and CAPITAL Gallery in San Francisco on May 3rd.