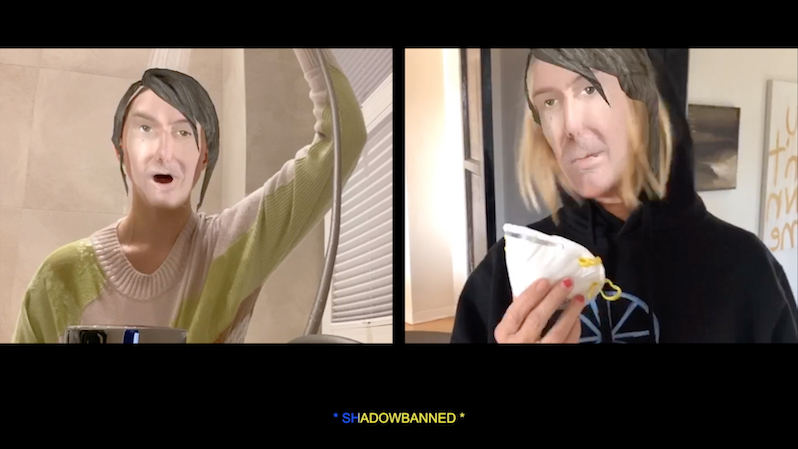 Today, Stephen Malkmus has released a new video for “Shadowbanned,” the new single from his upcoming album Traditional Techniques, out March 6 via Matador. The clip includes old footage of Malkmus from his Pavement days, but with his face blurred, as well as numerous guest appearances throughout the video from the likes of Mac DeMarco, Kim Gordon, Jason Schwartzman, Sharon Van Etten, Kurt Vile, Conor Oberst and more, all with their faces replaced with a digitized version of Malkmus’. Watch the video below.

And there’s good news: You too can use the “Being Stephen Malkmus” Instagram filter and Malkmus-ize your own face. If…that’s something you want to do. Why not, right? Find it here.