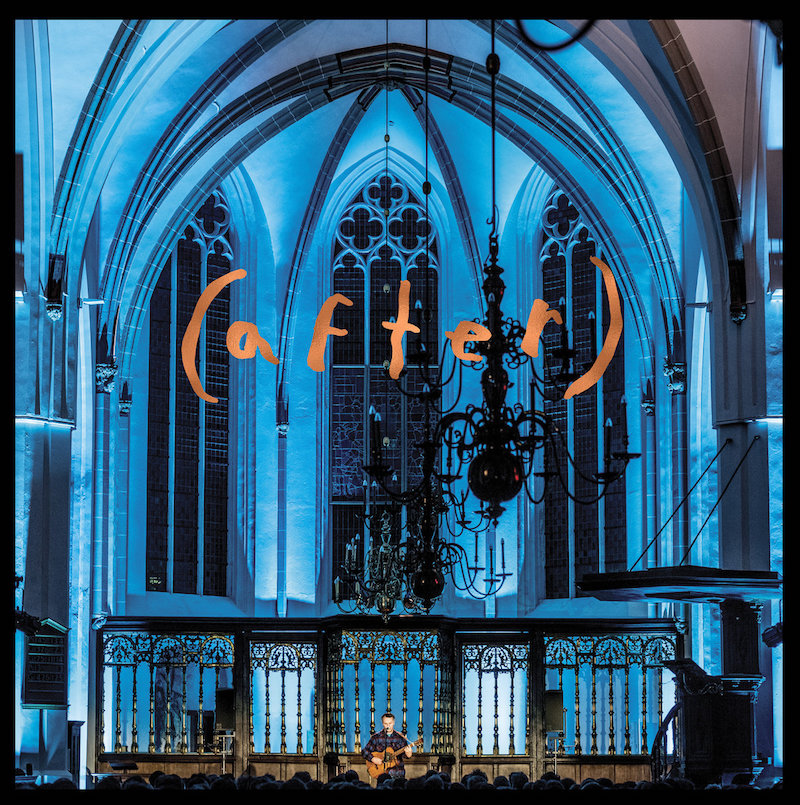 Phil Elverum’s last two records, A Crow Looked At Me and Now Only, reflected deeply on the passing of his wife Genevieve Castree from cancer. And less than a year after the latter, Elverum as Mount Eerie returns with (after), a live solo album recorded during its tour cycle. Like those two previous records, it bares grief to the world, raw and untouched. In doing so, it reveals aspects of the two records it draws from.

The songs from Crow are, like the line in album opener “Real Death” implies with its line that death is not for making art about, almost too raw to be comfortable in a live environment. In terms of an emotional setting for the material, they are situated too close to the trauma to make any sense of it, capturing the horrible reality of how grief and the harsh reality of the permanent silence of death and the way time and the world forgets us (something we push deep to the back of our minds most days) can leave us scatterbrained and incapable of forming any coherent thought even about what we are experiencing, like a kind of temporary madness or blindness. The songs from Now Only fare a bit better, in a way; the distance from the event allows them to have a sense of perspective and shape to the experience which makes them feel less like over-sharing of very real and terrible pain and more like properly artful productions drawn from that experience.

This juxtaposition is sad. It verifies the hypothesis of that line from “Real Death.” As the shape of Elverum’s art regarding the loss of his wife, an artist herself and mother to their child who will now grow up without her, her identity fades, becomes more solipsistic, reflects already a world carrying on without the dead. It is precisely this discomfort which demands a final return to the material, in a live setting. The record feels necessitated by not just reflecting on the reality of death both in the moment and in the carrying on, but a relaying of those thoughts before an audience, to see what it’s like to try to harness the reality of death when both the tangibility of that ripping sensation and the face of the one you miss are starting to fade. The songs are almost harder here, knowing that more immediate and raw versions exist.

Elverum plays alone, just his voice and guitar, each piece directed to his wife while an audience is present. The natural reverb of the venue makes his well-mic’ed guitar and well-equalized vocal microphone hum. It feels almost like a concert hall, recalling the somber sense of real human presence in Nick Drake’s Pink Moon. He doesn’t sound like he is singing from a studio; you can feel the stage, wide and wooden and cold, draped in colder light, Phil standing alone at the microphone with a dreadnought guitar strapped to his chest, eyes half-lidded or otherwise tilted to the floor to focus on a wife who isn’t there to receive the songs he is singing, and a quiet respectful audience who sometimes rustles but never interrupts bearing silent witness.

It is hard to judge something like this. It is faulty and uncomfortable, something that makes you want to avert your eyes out of respect. But this is befitting the material, and in keeping with the two studio records the material for this live album is drawn from. Elverum’s wisdom here is not in making sense of death, like we are children and a trite line might make it all digestible, but in dismantling sense-making, stripping the fragile and useless protective conceptual shell around death and grief we sometimes wield, in moments far from it, to keep the souring thought at bay. Death, to these songs (and to reality), is not something to wrap your head around or find comfort with; it is painful, frightening and unavoidable. You have to reconcile yourself to that perpetual terror, which sometimes is a quiet whisper and sometimes a rattling sobbing scream. That’s all.

It is hard to imagine whether it would be conceptually darker for Elverum to continue mining these experiences for whatever comes next, or if this is the end of the stories of grief about losing his wife. (after) is miserable, wracked with pain, fragile, beautiful and real. Similar to Low’s masterful new record, Double Negative, it is Elverum at his best, offering the startling and disquieting reality of suffering, devoid of the drama and comfort we sometimes grant it. It is bittersweet that the loss of his wife, a real death of immeasurable value beyond whatever pitiful contribution her loss may have contributed to the art of someone living, would have created now three masterwork records. That, too, is the inexplicable bitterness of life after dying. 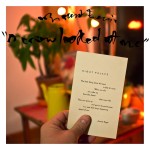 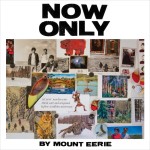 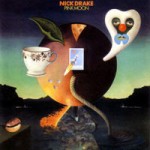