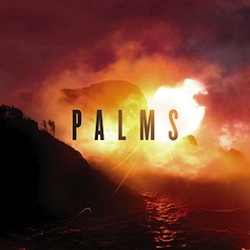 The culture of heavy music changed in the ‘00s. The same could be said for the ‘80s, when the emphasis transitioned into speed, and eventually looks, rather than dark, dirty sounds. And the same could likewise be said for the ‘90s, when metal bands squared the focus on technique and pushing new extremes. But the ‘00s are unique in this regard, because while decades of innovation and refinement turned metal into a finely honed and streamlined weapon of precision and accuracy, for once, musicians were starting to explore the possibilities of space, and where to go when volume and speed wasn’t enough to convey a complex range of feeling.

At the forefront of the changing shape of metal at the turn of the millennium were two key bands — The Deftones and Isis. The former were, ostensibly, part of the nu-metal movement of the late ’90s, but despite a few touring partners and an Ozzfest appearance, they never quite fit the bill. Nu-metal had little place for subtlety or whisper-quiet passages, no matter how hard the breakdown hit. Isis, meanwhile, took a page from Neurosis and found inspiration in epic-length songs and a broadened palette. Their transition from 2002’s Oceanic to 2004’s Panopticon found them transitioning ever closer to post-rock, though they never really abandoned the raw force that propelled them from the beginning. More than anything, these bands made the compelling case that metal need not always scream to carry such incredible weight.

Though Isis and The Deftones never really sounded much alike, their respect to a similar approach created a sort of kinship in a way. So it’s only natural that members of both bands would end up coming together and collaborating on a project. That project, Palms, continues the work that Isis and The Deftones began cultivating back at the dawn of the millennium and takes it a step further. And at first glance, simply offering the observation that the band sounds like Chino Moreno singing Isis songs doesn’t seem that shallow. It’s a gross oversimplification, of course, but it’s also not entirely wrong.

On their self-titled debut, Palms continue down the path Isis might have gone had Aaron Turner remained in the band and nothing interrupted the band’s natural momentum. That is to say, it’s not really a metal album. Still heavy and colossally expansive, Palms use their penchant for grandeur to evoke a more atmospheric and evocative sound, rather than a crushing one. It helps that Moreno, for his part, doesn’t seem all that interested in screaming or growling anymore. Nowhere on these six lengthy tracks does the Deftones vocalist ever see fit to fly into a rage, and it works much to the songs’ benefit. So when he moans “Goodbye!” in “Shortwave Radio,” it comes across as an expression of melancholy resignation rather than anger or depression. And during the soaring chorus of opener “Future Warrior,” his voice raises just a little, but never enough to distract from the simple elegance of the melody.

As often as Palms hint at an explosive climax or a surge of force, very rarely does their debut album ever break free from the dense, mostly gorgeous layers of post-rock haze that they most frequently conjure. When used sparingly, their jolts of volume end up a more effective device, which shouldn’t surprise anyone who has been listening to bands like Isis all along. Palms’ mission is just a slight tweak on that of its members’ other bands; where Isis and The Deftones put metal in the context of a prettier, more open sound, Palms is the work of a band comfortable enough to let that openness speak for itself.

Red Sparowes – The Fear is Excruciating But Therein Lies the Answer