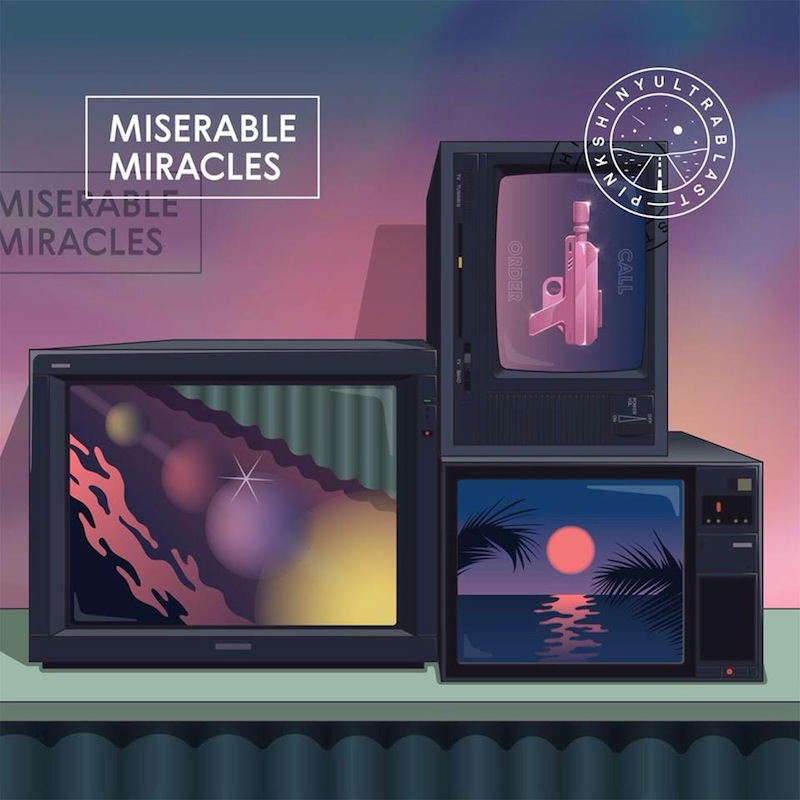 Shoegaze is divided into two camps, guitarists versus the synthetic edge. This is because of the modal fixture of the style, arising simultaneously from goth rock and from synth pop, pressing itself more into the dissociative haziness of both forms (and associated styles: coldwave, darkwave, ethereal pop, dream pop, etc.). Pinkshinyultrablast, despite the nod to Astrobrite in their name, tend more toward the synthetic edge than to the guitar-swarming dreaminess of a group such as Ride or The Joy Formidable, and on Miserable Miracles, their third record, they take things one step further.

The pop songs which make up the opening and closing thirds of the record are the standard fare from the group—synth-pop dance music buried beneath waves of ambient synth and fuzzed-out guitar, like being trapped in a dance hall on Ambien and too much liquor. There is a queasiness that pairs well with the pleasantness of the music, a slight abstract turn in timbre and production that keeps things just out of focus enough to stay rooted in the experiential rather than the literal. Some bands or genres do well with explicit and defined instrumentation, lyrics, vocals, etc.; shoegaze isn’t one of those genres, and Pinkshinyultrablast knows that, sticking to the shadows in between columns of neon light flitting through muslin streams. Their music has always been a bit more energetic than, say, Beach House’s Cocteau Twins-lite approach, erring more toward a major key variation on what a group like Black Marble has been doing. But the mental image still persists.

The middle third of the record shows the only clear step forward for the group, which hasn’t so much stagnated as found a strong suit to mine. Those two tracks in the center, “Blue Hour” and “Earth and Elsewhere,” sound more vaporwave than anything else, a sign of the continued legitimization and internalization of the genre among the wider electronic music world. It’s a pairing that fits hand-in-glove; both shoegaze in specific and Pinkshinyultrablast in specific have been fixated on dissociation, a quiet serene discomfort and alienation within pleasure and comfort, and vaporwave matches this, a euphoric alienated nostalgic digitalism, reaching back through corrupted files and melting machinery to reclaim the afterimage of a fading memory in crude polygons and square-tooth sine wave. Hearing those two tracks in the center recontextualizes the record on further listens, highlighting the synth tones and prominence of the various layers of synth rhythm and pad tracks. The immediacy of rhythm starts to give way to the warbly, icy pads, the sense of loss dripping from the wave.

Granted, shoegaze in modernity has always been like this, hasn’t it? Like modern Britpop when Deafheaven chooses to indulge in it. Something already passed and already gone, resurrected in a way that doesn’t seem to bring it back to life as much as it summons its ghost. Fitting, given the style, a pastel and sunlit goth music. Pinkshinyultrablast doesn’t really fight this sensibility, playing retro to the hilt. They’ve always had a keen sense of melody and manage to strike a good balance for development in their tracks, offering a wide enough set of variations on a general idea without dabbling in the temptation to make an epic length 20-plus minute shoegaze barn burner or a sub-one-minute punky pop ditty. It unfortunately leads to the biggest weakness not only of themselves but also to their namesakes in Astrobrite, that being that the absolute ease of listening of these tracks sometimes means they pass by without much in the way of impact. My Bloody Valentine had surreal, 808-modulated guitarism; Cocteau Twins had impossibly ethereal gauzy sheets of sound. Pinkshinyultrablast is a mighty competent compilation of ideas, and it’s hard to imagine Miserable Miracles disappointing anyone who gives it a listen, but it sometimes lacks that defining edge. The closest they come is the synthwave groove in “Eray,” busy enough to feel prog-lite while being discrete and propulsive enough in components to never lose that danceable synth pop edge.

The greatest weakness of the record, however, is in its sequencing. The album starts with little fanfare and ends abruptly. Tracks don’t seem to contribute to each other or meaningfully contrast with one another. Dance music isn’t as album-oriented as rock-derived genres and album-as-art is a rarity (albeit a pleasant one) outside of that world, where singles and discrete musical thoughts tend to have more value than the overall shape of a 30-60 minute experience. But as good as these songs are—and they are good!—it’s disappointing that there isn’t more coherence here to amplify them. Art is a spell, an alchemy, where surreal and abstract elements and icons can be arranged just so to produce some impossible unearthly resonance and summon something contained in none of them, something from outside; here, the arrangement fails to produce in a way that their first two didn’t.

The songs are good, though. At the end of the day, that’s enough. 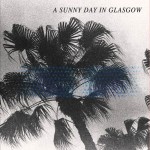 A Sunny Day In Glasgow – Sea When Absent 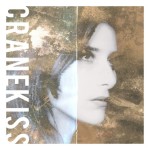 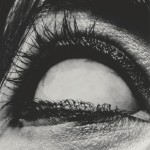