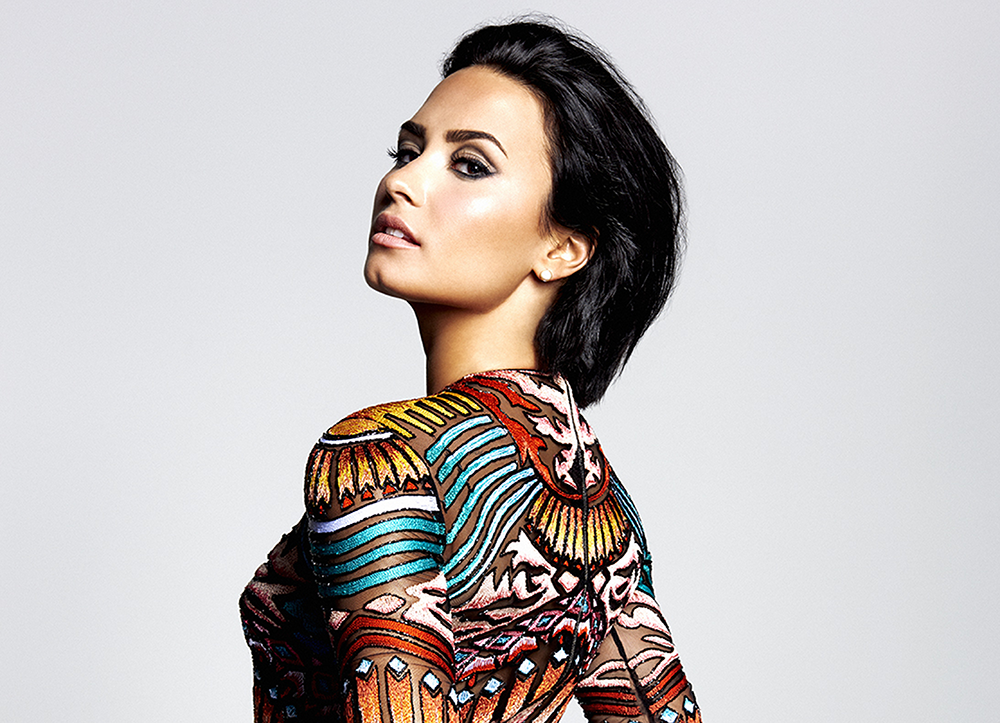 It’s no major indictment of human beings to point out our proclivity for closely following the travails of celebrities. It’s just a fact of life—well, up to a point. No one needs me to tell them about the predation of the paparazzi or the barbs tossed in anonymity that have become a hallmark of certain social media platforms. We all know these are fairly common things.

That said, one would think that we’d gotten a little better in recent years. I mean, fuck, all those #BellLetsTalk tweets had to mean something, right? Surely we have a broader understanding of the disease of addiction, its persistently pernicious nature, in 2018? And we get that mental illness is actually, like, A Thing. Right? Right? I’m not so sure, at least not about the public at large.

Demi Lovato, whose struggles with addiction, body-image issues and mental health are a matter of self-avowed public record (much to her credit, for fans of hers who suffered from such ills), released a single June 21, “Sober,” to admit her relapse into alcohol abuse.

The track, while produced enough to show some major-label sheen, is simple, unadorned and heartfelt. Lovato, as a devout Christian but one possessed of socially progressive beliefs, is undoubtedly familiar with the confession concept even if she isn’t specifically Roman Catholic, and that’s what “Sober” sounds like. The spare song includes an admission to a future love of hers that this will always be a part of their lives, which is pure Alcoholics/Narcotics Anonymous doctrine and further evidence of the track’s sincerity. She played it live numerous times on her current tour, to fairly rapt reception by her fans.

Slightly more than a month to the day of that song’s release, reports surfaced (and were eventually confirmed) of Lovato’s July 24 hospitalization for a drug overdose that could’ve killed her. Some said the dope in question was heroin; that remains unclear and isn’t specifically relevant. As of July 29, she is recovering but remains under hospital care.

The fans of male rock, rap and pop stars—and male stars in general—will remain intact amid just about any controversy. We’ve seen this with documented defenses of everyone from Justin fucking Bieber and Nikki fucking Sixx to Woody fucking Allen. There’s been some softening of it in the wake of the much-needed/long-but-understandably-overdue #MeToo movement, but it’s still intact in a lot of ways. You only need to peruse social media or ask someone at random, maybe even someone you know, about such things, and more likely than not, you’ll find results that maybe you wish you hadn’t.

(It doesn’t just protect men, this rule, for what it’s worth, though it invariably protects A Certain Type of Dude: James Gunn was fired from a Marvel project due to the furious energy of MAGA chuds for tasteless jokes he apologized for years ago, but Matthew Weiner, viewed within the industry as loathsome beyond belief even before his #MeToo accusations, gets to do a prestigious new Amazon series. Consider the backgrounds of both men, and I think you can see what I mean.)

When women fuck up in those ways, it’s either a reputational infamia or an outright fucking death sentence. Britney Spears won’t ever be the subject of a Mark Ronson-produced “spared-down” album because she’s already, out of necessity, committed herself to an understandably profitable Las Vegas legacy act that will keep her family finances secured. The other female pop stars who experienced things of this nature don’t even register as blips on the pop culture radar anymore, for the most part. Can you even imagine what would happen if this happened to someone like Cardi B? (It already basically did to Lil’ Kim, so we can.)

I’m honestly not sure of the precise conclusion I mean for this piece. It’s definitely not a pleasant one. The fate of Demi Lovato as a popular and talented (my adoration of “Cool for the Summer” remains unwavering, and Tell Me You Love Me was a strong album) pop/R&B songstress remains unclear, particularly in light of the shit note above. One would think her past admission of such perfectly human foibles might protect her, but I’m not so sure. I’m not that hopeful.

Whatever the world may have in store for her, let it be known that Demi Lovato didn’t have to be the flower of light in the field of darkness that she was for so many of her fans. She could’ve let PR goons take care of the booze and coke binges and even tone down the harrowing episodes of self-harm. But she didn’t. She was honest about them and didn’t spare the details. She made notable efforts to use her celebrity platform as an amplifier for helping folks with the same issues she had. Lovato’s philanthropy was genuine, and her existence as a polished pop star only makes that rarer. One can only wish her well and hope she takes it one day at a time.