The festival takes place May 29-31 at Parc del Forum, in Barcelona, Spain. Check out the full Primavera Sound 2014 lineup via the poster below. 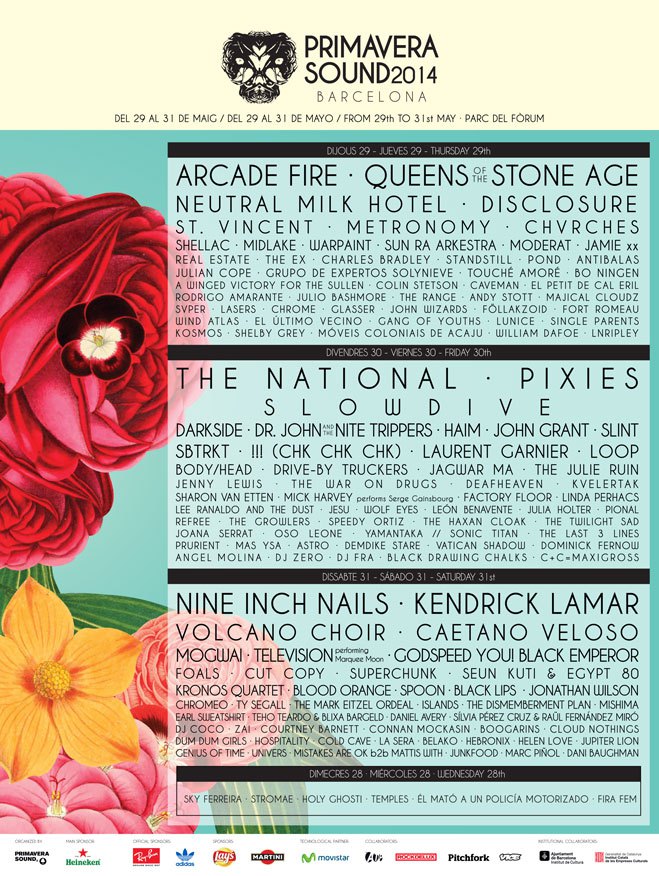