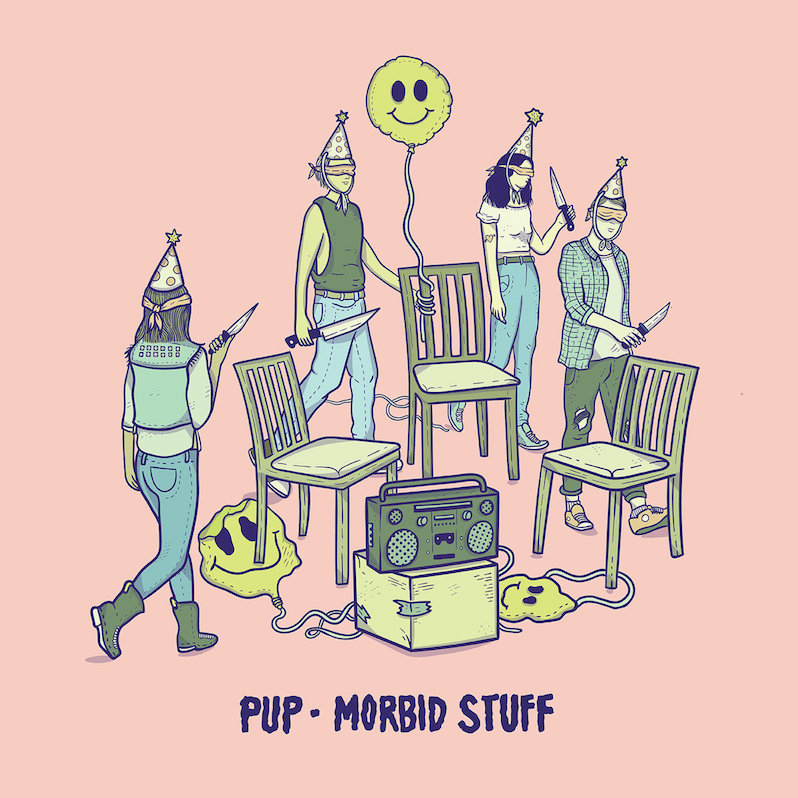 Even if you think you don’t like pop-punk, you like it. That’s because it’s built like all good pop, which harnesses the addictive power of elation. There is certain jubilation in suffering, of course—we sing about love found and lost, death and morbidity, because it brings us together, universalizes our independent suffering. PUP‘s particular brand of pop-punk flirts with other genre trappings, but on their their third LP, Morbid Stuff, they have refined their sound into an audacious spectacle that elates as much as it entertains.

The title track finds the band confronting intrusive thoughts in a powerful and cathartic way, with twisting and contorting guitars that wind along anthemic passages that could only feel comfortable in two ways—one is throwing your fist in the air at a show, and the other is slapping a steering wheel (or thigh) as hard as possible. Powerful and robust, with a withering, soul-rending ending, the song is a comfortable awakening to how shitty the world really is.

PUP’s sardonic lyrical spite can be felt in their powerfully sincere declarations, with lines that obliterate the sincerest of Midwest emo with the vitriol of such zingers as “Kids” line “just like the kid, I’ve been navigating my way through/ the mind numbing reality of a godless existence/ which at this point in my hollow and vapid life/ has erased what little ambition I’ve got left.” It would be tempting to ask vocalist Stefan Babcock to go easy on us at this point, but it’d be better for us to insist for even more viciousness, because as the album winds down to its rotten, honest core the masochism only gets better.

Depressive states are the lifeblood of Morbid Stuff. On “Free At Last,” Babcock angrily chants, “Just cause you’re sad again/ it doesn’t make you special at all” and that non-descript attitude inflates and defines the contours of the album. “Scorpion Hill” flirts with the empty space of folk and classic country, melancholy choruses with swaths of echo and reverb that transition seamlessly into pure punk glee. It’s a good trick, though it would have been just as interesting to hear the song finish as it started. “Closure” has a finesse all its own with a soundscape that, as vigorous as it is, digs deep on layer upon layer of dynamic instrumentation and stop-start compositions that transition effortlessly to a Modest Mouse-inspired breakdown.

The rollicking licks of “Sibling Rivalry” sound almost too clean, engineered to elicit sheer joy. It bears the hallmarks of every pop-punk trope we’ve heard: call-and-response verses, blistering guitar leads, fuzz and oddly muffled bass, but taken to an elevated level where it’s practically the genre prototype, inhabiting a space that comes close to transcendence but never quite gets there, and maybe purposefully refuses to. Closing track “City” is the only one (in true genre form) that appears to buck the trend by slowing down significantly, predictably to unravel from its calm into a torrent of reverb and crunch, an apocalyptic fury that is catharsis incarnate. And it shouldn’t work by that point, not anymore, but damn if it doesn’t.

Morbid Stuff is an album without a lapse in energy, exhaustive sonically, and a lyrically witty razor of boundless proportions. It’s as technical as it is simple, as ruthless and stoic as it is a lazy smile and a shoulder shrug, embracing its genre trappings with a slyness all its own. Yet, at the same time there’s a s kernel of rigid authenticity at the heart of it all, a wound covered up with adulation and elevated technical pop-punk. There’s not just one rhythm, and there’s far more than three chords, but listen closely and you can hear the writhing snarl of something truly grand below. 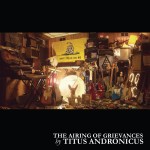