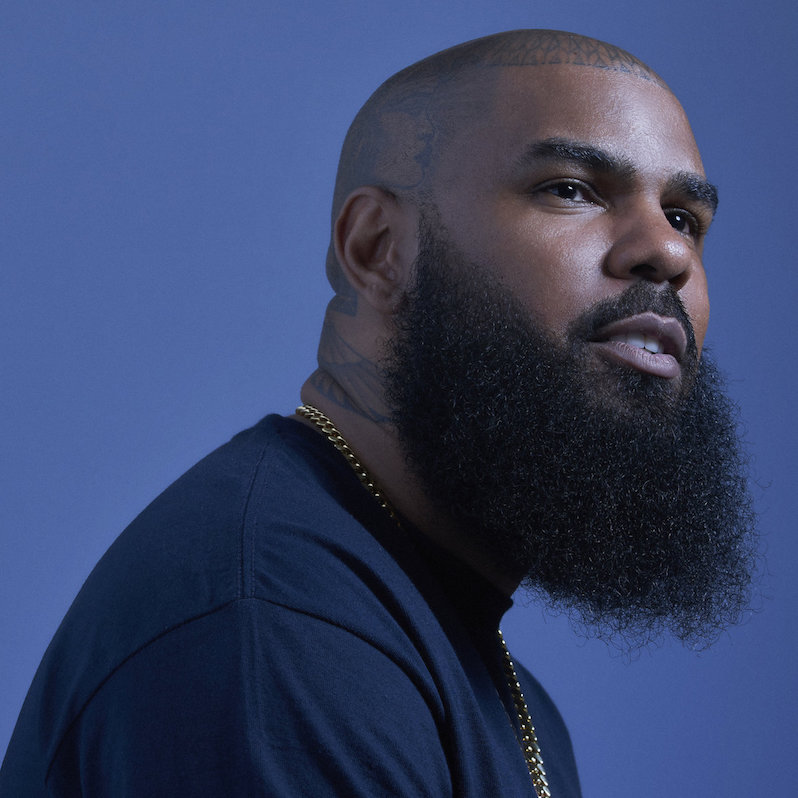 Some listeners might be familiar with Ohio emcee Stalley from his earlier affiliation as a member of Rick Ross’ Maybach Music Group, or just randomly scrolling through the many BS-free musical offerings from Nature Sounds. However, Stalley recently became independent and recouped total control of his career, unearthed a whole other sketchbook of verses that began speaking to a new day. That spirituality radiates throughout the first track, “All So New,” from his forthcoming full-release Reflection Of Self: The Head-Trip.

His new single “A Main” kicks off with “Let’s talk love, talk money, and talk drugs/Letʻs come clean like hot water and suds,” and goes all-in from the jump over finger snaps, hand claps and vocal harmonizing from some old Levert or O’Jays record. Father or Son, you get it. It’s soul y’all, giving Stalley life, to pull certain sitches from dark days and push them through to the vivid, promising reality he’s at. Candid real talk on this, helping others stuck in the same mess, delivered with peak Nas meter and early Common (No ID-late ’90s era) vocal epiphany, line up real choice over the twisting strings. JansportJ, who produces the entire release, makes the golden era hip-hop timestamp ephemera, stick like glue.

From Reflection of Self: The Head Trip, out November 1 via Blue Collar Gang/Nature Sounds