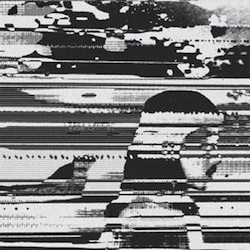 If any krautrock is fit to soundtrack on a sail down the River Styx, it’s either Amon Düül II’s heavy psychedelia on Phallus Dei, or “Aumgn,” the planet-eating 18-minute monster at the center of Can’s Tago Mago. There’s a case to be made, as well, for Tangerine Dream’s sprawling 2LP space ambient opus, Zeit, or parts of Faust’s influential, experimental debut. But the heavily krautrock-influenced Stygian Stride — the solo electronic project of New York musician Jimmy SeiTang, also of Psychic Ills and Rhyton — doesn’t initially seem to fit in with such a dark and foreboding clique, despite its name. “Celestial Stems,” the first track on Stygian Stride’s Thrill Jockey debut, drifts in slowly on waves of kosmische synth, gently pulsating outward in hypnotic clouds. It’s beautiful, cerebral, serene — just not necessarily doomed to a season in the abyss.

Stygian Stride’s debut is, on the whole, quite beautiful in its careful movements of dynamic atmosphere. Inspired by the likes of Manuel Göttsching and the aforementioned Tangerine Dream, as well as other space-age soundscapists like Vangelis (“Hindsight” would fit in nicely on the Blade Runner score), the album follows SeiTang on an intriguing journey into electronic space. Yet the deeper he goes, the darker it gets. “Drift,” a densely ominous standout, rides one of the nastier grooves on the album, creating a quasi-industrial atmosphere that’s almost danceable in its dark rhythms. There’s a similar density, if somewhat lighter mood, to “Taiga,” yet “Athanor Ascension” takes SeiTan’s cosmic ride down further into a chilling, ominous realm, with minor key shimmers washing up against a snarling pulse.

By the time closing track “Fade Into Bolivian” arrives, SeiTang’s descent is complete, and much against the lighter mood that opens the album, there’s a darkened, mournful quality that takes over. The drones of organ that largely make up the track evoke secret occult trysts, dripping with candle wax and strewn with ashes. It’s the most genuinely stygian moment on the album, and it doesn’t disappoint, though to focus too intently on the dark side of SeiTang’s compositions is to leave out the even prettier, more immediately accessible lightness on the other end. Stygian Stride is about balance, taking a journey between two opposing realms and finding a strangely beautiful middle ground.