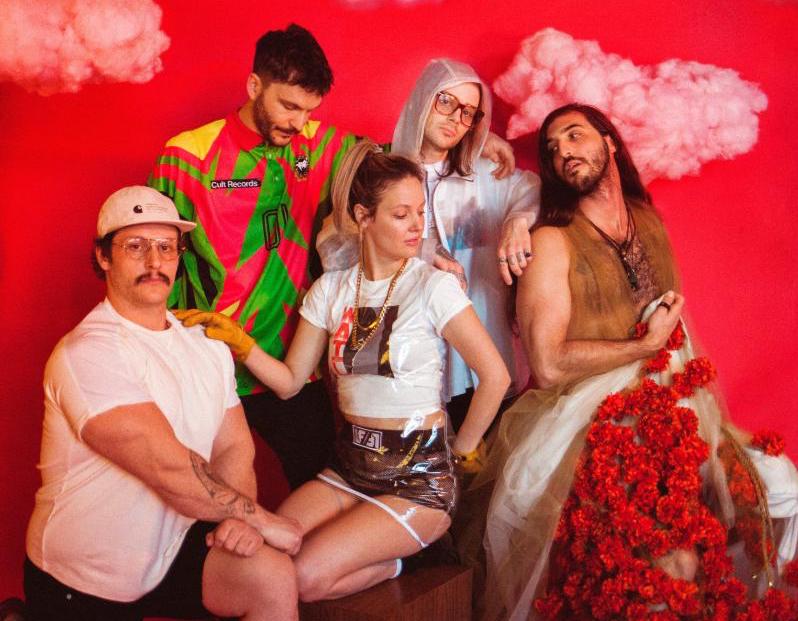 It takes over a minute for the new video for The Armed’s “FT. FRANK TURNER” to finally get to the song, but the stage-setting feels necessary with music this blisteringly intense. The Detroit outfit proved themselves masters of a kind of high-tech hardcore that blended the high-on-the-neck effects squeals of Daughters with a more urgent, roaring old-school hardcore punch. “FT. FRANK TURNER” is 90 seconds of the band at their most potent, and once it starts, it’s relentless. The band are moving at a sprint the whole time, racing toward a guitar solo that both sounds like a saxophone at first and makes my knuckles twitch a little. Fittingly, the whole thing scores a session of dudes in moss suits skating their way through a gauntlet of ramps and obstacles—this is the kind of music that would make anyone feel like pulling a few reckless stunts, and it doesn’t stick around long, so no hesitating either. With the release of the track also comes the announcement that they’ve signed with Sargent House, which hopefully means a new full-length—possibly featuring this blink-and-you’ll-miss-it piece of badassery—sooner than we think.

The Armed’s “All Futures” is giddy hardcore overload