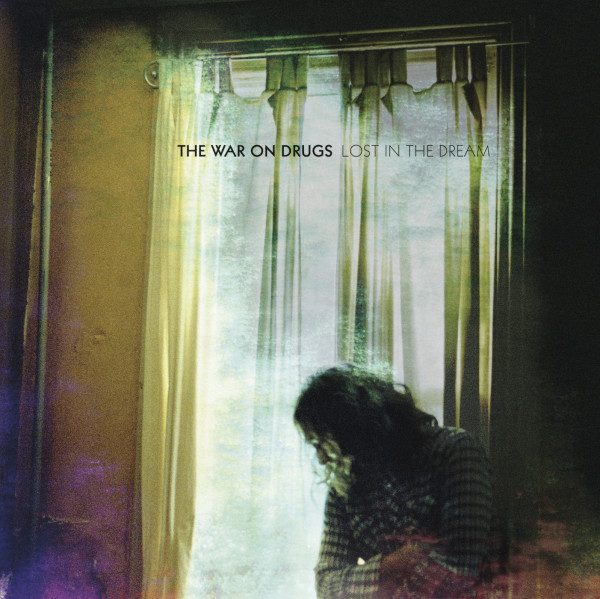 Adam Granduciel’s songs always take you somewhere. The horizon might be a little hazy, the route a bit unclear, and the map — well, that went missing a few rest stops back. But that doesn’t matter; they’ll get you there, and not without treating you to some breathtaking scenery along the way. On The War on Drugs‘ 2011 album Slave Ambient, each track was like a postcard from a vaguely familiar, if undoubtedly distant place. Sometimes they were bustling metropolises, whirring by in a rush of lights and faces. Sometimes they were barren landscapes, flecked with brown and green. And “Red Eyes,” the first single from the band’s upcoming new album, Lost In the Dream, somehow seems like the transition from the latter into the former, an arrival into an inspiring and overwhelming destination, with all the weariness and dust of the road still yet to be shaken and washed off. Were an early ’80s Bruce Springsteen to time-warp to the present and cover M83’s “Midnight City,” it might end up something like this.

As Granduciel’s songs go, “Red Eyes” is at peak exhilaration, rolling along a propulsive motorik-esque beat, layered with synthesizers and rootsy guitar licks. The War on Drugs has always been particularly adept at making seemingly opposing elements work together, and here they’ve never appeared so seamless. Granduciel, himself, sounds as engaged and emotionally invested as ever, his effects-treated vocals ever escalating as he drops phrases like “surrounded by the night” and something about “abusing my faith.” It drops a bit as he reaches the climactic line, “I would keep you here, but I can’t,” shortly before the song rises again in a rush of visceral sonic euphoria. It’s bittersweet, but powerful all the same. It’s a journey well worth taking.

[from Lost In the Dream, out March 18; Secretly Canadian (pre-order)]