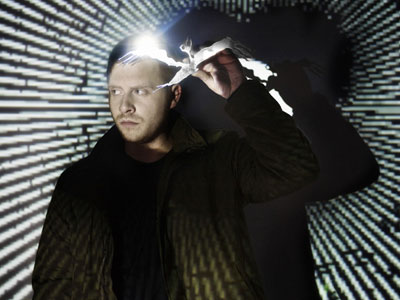 Spend enough time trawling through RateYourMusic user lists, and you’ll begin to understand just how many hip-hop albums have been released in 2007. Some of them are household names, some of them you’ll forget next year, but a good many of them can turn out to be exciting underground discoveries. This year has been chock full of great releases, from the biggest names (Jay-Z, Kanye West) to the most absurd names (Cunninlynguists). That’s not to say there weren’t any disappointments, because, it probably goes without saying, there were plenty. That’s not why you’re reading this, though.

To narrow down the list to a top 10 was not extremely difficult, though it did mean excluding Blu & Exile, Oh No, Percee P, Talib Kweli, and Black Milk, among others. And due to late release dates, Wu-Tang Clan, Lupe Fiasco and Ghostface slid in a little late to be able to give them the attention they deserved. But there’s always next year, right? In any case, these ten albums made hip-hop something to celebrate in 2007.

Between Aesop Rock and El-P, this was a pretty solid year for Definitive Jux. Granted, I haven’t listened to that Hangar 18 album, but when El-P releases an album like I’ll Sleep When You’re Dead, Def Jux wins by default. During the period leading up to the release of Dead, El-P grew himself a burly mustache and invited Cat Power, The Mars Volta and Trent Reznor to lay down some tracks with him. The result is something even more dense and ambitious than Fantastic Damage, his critically acclaimed solo album. Horror and humor sit side by side, as an eerie apocalyptic air permeates each track. El-P and Aesop Rock trade rhymes on the war inspired “Run the Numbers” between the refrain of “find those detonators!” Then Producto and Reznor reconcile atheism with a desperate wish to survive a plane crash in “Flyentology,” claiming that it’s “just a working example of faith versus physics.” And in “The League of Extraordinary Nobodies,” El merely crafts a mind-blowing production with the best bridge I’ve heard all year. I’ll Sleep When you’re Dead is one merciless, hell-bent highlight after another, and nicely backs up his claim to be an “actual b-boy brainiac who will smack you out your mittens.”

Only Kanye West could accept his degree, turn the tassel on his mortarboard to the left, pop the cork on a bottle of champagne and throw the biggest, Daft Punk and Steely Dan blasting party of the year. Graduation doesn’t by any means top the ambition of Late Registration, but rather opts for a smaller, more cohesive and user-friendly package, which just happens to contain some truly fantastic songs. Using the “Harder Better Faster Stronger” sampling single “Stronger” as a jumping off point, Kanye packs a good many of these songs with giant stadium synthesizers and so much confidence, not even another award show snub could keep him from looking “like a fucking hero.” He takes a beat that Common passed up and turned it into “Everything I Am,” one of the best songs he’s ever written (Shame on you, Lonnie), and puts Jay-Z’s Chris Martin collaboration to shame just before paying homage to Jigga. All of this happens in less than an hour, making it both one of the most exhausting and exhilarating releases of 2007.

Earlier this year, Pluto was demoted from its planet status, leaving us with 8 satellites in our solar system. This, in turn, inspired Aesop Rock to lament its exclusion from the planetary club in “Bring Back Pluto,” just one example of how little Ian Bavitz cares for hip-hop conventions. Never one to overdo it on the `conscious’ tip or delve into any of the many clichés that bog down so many of his peers, Aesop Rock thrives on innovation, and None Shall Pass reflects his position well. He has his more serious moments, such as the narrative of a drug-addicted couple in “Fumes,” but then again, he rocks a pirate ship on “The Harbor is Yours,” which goes to show just how unconventional Aes gets when he feels like it. Production-wise, it’s an absolutely stunning effort, with duties split between Blockhead and Aesop himself, lending tracks like “No City” and the title track heavy atmospherics and mesmerizing melodies. Aesop Rock may have his naysayers, but every artist with something interesting to say is always going to be met with some level of resistance.

And the winner (or 4th place winner) is Hove! Jay-Z had me convinced from the first listen of “Roc Boys.” When that horn hook blasted through the speakers, I was sure of it—this is damn good. And I’ll be honest, I don’t think everything the man touches turns to gold. He’s had just as many misses as hits, but when he’s on, he’s unstoppable, and there’s nothing standing in his way on American Gangster. The previously mentioned “Roc Boys” earns Jay’s boast as “black superhero music,” proving himself more powerful than a speeding locomotive and a hundred times as fly. Then there’s the title track, which finds Jay’s energy bar maxed out, spitting with precision and ease at high speeds, and “Success,” a meaty organ-fueled pairing with Nas, each one bringing their A-game on the album’s heaviest-sounding track. And in spite of the concept of the record, supposedly inspired by the film of the same name mixed with Jay’s own drug-dealing past, the album is bigger than the plotline in which it was conceived. The protagonist eventually falls from his meteoric rise, but Jay ends this one on top.

Apparently 2007 was the year of long-awaited hip-hop follow-ups, with El-P and UGK returning after long absences, and Pharoahe Monch dropping his sophomore set some eight years after issuing his now out-of-print debut Internal Affairs. Refreshed and Godzilla-free, Monch sounds hungry after such a long dearth of (official) new material and spits rhymes as witty and vicious as ever. “What It Is” is both the most spare track on the album and the one in which Monch turns his lyrical prowess loose, while “Body Baby” finds Pharoahe playing at Elvis in a song that should have been this year’s “Crazy,” but apparently wasn’t. Soulful, catchy, smart and most certainly clever, Desire embodies everything great about hip-hop without succumbing to clichés.

The most unsettling hip-hop release of the year, but not for any of the typical controversies that surround your average rap album, Dälek’s Abandoned Language is the sound of fear and paranoia on wax. Oktopus and Dälek have long been purveyors of the most lethal brand of hip-hop noir, mixing industrial and shoegazer samples with biting lyrics, but with Abandoned Language, the noise is scaled back, only to reveal something far more disturbing. Oktopus lays down some seriously creepy samples, mostly atmospheric, but always touched-up with a poison tip of atonality or dissonance. That’s just how this New Jersey duo rolls. Few may be able to fully take in the breadth of Abandoned Language, as it’s far more blood-curdling than anything on Def Jam, but as Dälek says in the ten minute title opus, “if younger heads quote this then it ain’t all hopeless.”

Jneiro Jarel has almost as many aliases as MF DOOM, and each one is considered a different member of Shape of Broad Minds, which is somewhat confusing, but becomes less of an issue once one seeps into the heady grooves of Craft of the Lost Art. Shape of Broad Minds’ debut album is a hip-hop odyssey, psychedelic and jazzy at once, while bumping hard in all the right places. Jarel can rock a party jam like “Let’s Go,” twist into a trippy psych-funk excursion like “Opr8r” or space out on a distorted beat like “Light Years Away.” With a smooth and nonetheless disorienting flow, Craft is incredibly diverse, and as strange and intriguing as its underwater brain mollusk cover art.

Lexington, Kentucky’s Cunninlynguists may have never had the mainstream crossover success that fellow Southerners Outkast or T.I. have, but Deacon the Villain and Kno have nonetheless proven themselves time and time again to be masters of their craft. With Dirty Acres, the group has offered up their finest work, a lushly produced masterpiece that’s both more sonically complex and lyrically complicated than almost any other rap album in 2007. Over Kno’s stunning musical landscapes, Deacon and Natti drop rhymes that touch upon racism, bourbon, women, spirituality and their own experience being ignored by the mainstream (“the emcee’s too dark/ the producer’s too white,” Deacon suggests). This one was a late entry, and hasn’t even been reviewed here yet. Given a couple more weeks, this could probably be top five.

The longest album on the list by the longest running group on the list (UGK was formed in 1987), Underground Kingz is an epic double album that finds Bun B and Pimp C coming with beats that pop, rhymes that slay and more energy than most emcees ten years their junior. The album deserves inclusion for “Int’l Players Anthem (I Choose You)” alone, but it just so happens that there are highlights after highlights on this gigantic set. The furious, hard rocking opener “Swishas and Dosha” is a mind-blowing ride straight from the top, while the title track is a deep G-funk jam, and “Real Women” even diverts from the duo’s typical talk of “hos” and drug deals to celebrate the fairer sex. The group’s triumph was cut short with tragedy, however, as Pimp C died a few months after the album’s release. He’ll be missed, but he certainly went out with a bang.

In spite of this album’s ugly-ass cover art, goofy (and, uh, a little dated?) rhymes about N*Sync-ay, not to mention Common’s tendency to be straight up cornball, Finding Forever was nevertheless one of the most enjoyable hip-hop releases of the year. When Common and Kanye join forces (not to mention the pair of J Dilla productions included here), the results are almost always unstoppable. “Start the Show,” “The People,” “The Game” and “Southside” are all prime examples of the strength of these two cats settling into a good groove, while “U, Black Maybe” and “So Far To Go” slow it down a bit while still retaining the soulful good vibes. So while it may be easy to deride Lonnie for chumming up with Jeremy Piven, it’s hard to deny how much fun and easy a record this is to like.