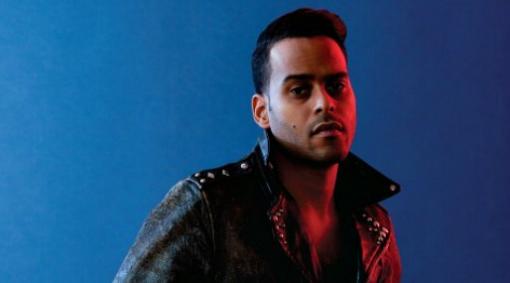 George Lewis Jr., aka Twin Shadow, has announced more tour dates in support of latest album Confess, only this time he’s bringing along a special guest — his dad! The tour is being called the “True Story” tour, and on each date of the tour, either Lewis or his dad will tell a “true story.” Lewis elaborates:

You know when someone tells a story and says “crazier things have happened!” well, you always wish they would just tell you that crazier thing. Like, why would you want to hear a story that’s not as good? My father told me great stories my whole life, I often wonder if his stories influenced the way I write music. When talk came up of Twin Shadow hitting the road this year I thought again about how we could make each show special, how each city could have a unique piece of Twin Shadow. I thought about my father’s stories, I thought about the stories I tell my friends and I thought this tour would be a good place to share them, so for every city we play my father or myself will tell you one True Story. 24 Cities. 24 Stories.  A story for New York, A story for Toronto, A Story for every show on the tour. A gem from the depths of my fathers life and a stone from the recent corners of mine, tales retold from lovers and friends. Welcome to the Twin Shadow True Story Tour.